Five on Friday: My Plans for When the Kids Are at School

In what is feeling very on-brand for the current era, the first day of school was canceled. THE FIRST DAY! Not just any first day, but the first day of a new year in which the plan is for the children to go to school for five full days a week after 18 months of first virtual schooling then summer vacation then virtual again followed hybrid but only for half days and then another summer break.
So today they have a half day--because holiday weekend, natch--then Saturday, Sunday, Monday, Tuesday off. But Wednesday? Oh my god, Wednesday they will be gone by 8:30 and, because they are athletes and we are having normal sports schedules again this year (hooray! boo!), they won't be home until 5.

I love my children so much that I can still cry talking about what a privilege it is to be their mother. But I'm also on the verge of being completely overwhelmed and just need a break. So I do not feel at all guilty about literally REJOICING over the start of the new, five full days a week school year.

I've got a lot planned for my upcoming solo time! Like:

1. Getting back into my near-daily exercise habit. I was doing really well with this for the majority of the summer so I don't know what happened--but I feel better physically and mentally when I'm getting more activity so this on the top of the list.

2. Getting back to supposedly writing my memoir. Remember my memoir? I barely do so I don't expect you to. But maybe, just maybe . . . you'll see it in the next 5-10 years. Oh and I'll record at least one more episode of my fake podcast that I started for my sister but then dropped when things got too hectic (not to mention the issues with consistent riding I had mid-to-late summer.) 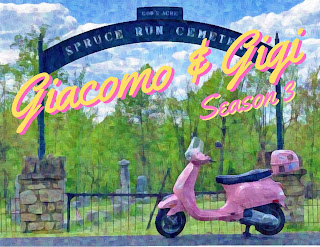 3. Utilize my time in ways that might seem odd--like making dinner at 10am--but in the long run will make my life so much easier because I'll be running around so much for sports games and practices in the afternoon.

4. Do things like pick the throw pillows off the floor, put them back on the couch, and then not have to do it again ten minutes later.

5. Not listen to a single Olivia Rodrigo song for at least eight hours . . . nor any bickering at all. (I'd take Olivia on loop over the bickering though, to be honest)