You may or may not know that I am the Curator for a small local Museum. We have, of course, been closed since March and I really miss my visitors. Many of them were older folks who'd stop by and have a cup of tea or coffee and share their stories. I adore them.
While these past few months may have been lonely, they have also been extremely productive. I won't get into all the minutiae of Museum organizing and artifact accessioning that we've gotten done because as exciting as it is to us, I'm sure it's pretty boring to other people.  Scratch that, I know it is. (But trust me, it feels so good to be getting it all done!)
An opportunity for the Museum came up recently and I had a feeling it would be exciting to other people, too. So I shared a teaser pic on Instagram and on my personal Facebook page. It turns out I'm not the only one fascinated by medical artifacts from the former State Sanatorium for Tuberculosis! I was already giddy at the thought of what an excellent exhibit this will make when we can open again (not to mention timely with the epidemic theme!) but the enthusiasm from the public has absolutely thrilled me.
Since the process of getting the artifacts may take a little while and I don't know when I'll be able to reopen the Museum, I thought I'd share a sneak peek of some of the items for this week's post. (Note: I don't want to completely ruin the surprises though, so some are a little tamer than the others.)
1. Fluoroscope screen and light. These items had been set up as a small Museum of sorts already, so many of them were labeled. Which is lucky for me because I would have assumed these were for x-rays. They're actually for fluoroscopy, which is like an x-ray movie. A continues x-ray beam is passed through the body and projects the image on a screen. Both the light and screen? Mine now. (Or more accurately, our Museum's soon. But close enough!) 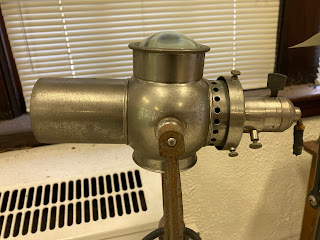 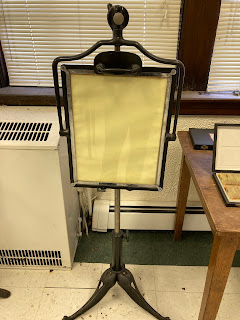 2. You know you're a former theater kid when you see this and think, "Man, we could have used that for Annie." 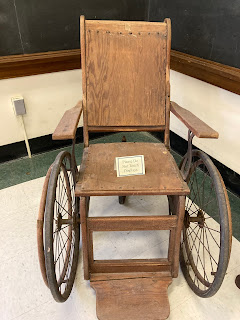 3. Not everything is creepy in its appeal. My husband and I both think the top sign would be fun to have. Maybe it's just us? That's why we're married I guess. 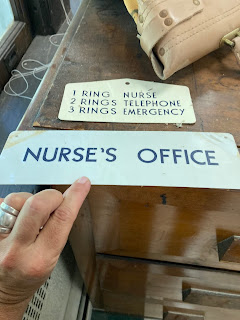 4.  Pneumotherapy appartus used to temporarily collapse the lung. I'll pass on the procedure, thanks, but I'll gladly take the apparatus. 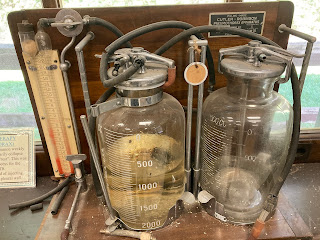 5. Another non-creepy entry, but interesting nonetheless. At my first glance of this painting I thought, "Meh, large oil painting of some guy. I could live without it." But I did snap a picture of the nameplate and the artist's signature to look them up later.
It turns out the subject of the painting, Dr. Samuel Budd English, was a pioneer in Tuberculosis diagnosis and treatment while the artist, Lew E. Davis, is well-known in certain art circles.
This served as a little lesson to me to not be hasty in forming my opinions and to stay curious. Magical things can happen. 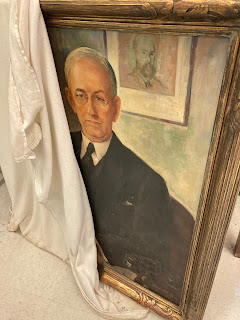 Posted by Sister Serendip No comments:
Email ThisBlogThis!Share to TwitterShare to FacebookShare to Pinterest
Labels: Five on Friday, work

Five on Friday: Five Non-Scientific Reasons to Wear a Mask

Apparently some people want to debate whether or not it's a good idea to cover your mouth and nose to protect yourself and others while a pandemic is ravishing the globe and killing people by the hundreds of thousands.
Since science clearly isn't working to convince them, I would like to present some very good non-scientific reasons to wear a mask:
1. You don't have to worry about having food stuck in your teeth.
2.  It's lovely noticing how much a person's entire face smiles when their hidden mouth does.
3.  Masks are another fun way to accessorize! 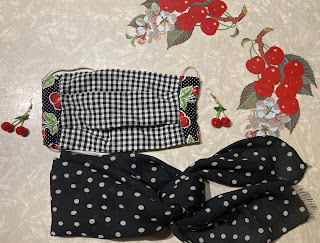 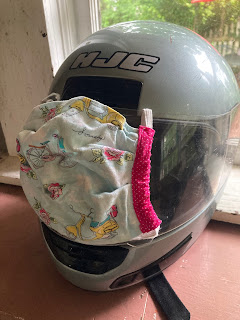 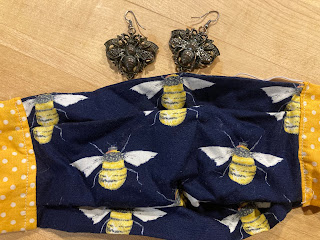 4. Talking out loud to one's self in public is a little easier to disguise when nobody can see your mouth moving.
5. You can stealthily stick your tongue out if you encounter someone doing something stupid (for example, running their mouth about how it's their right to not wear a mask in public)
Posted by Sister Serendip No comments:
Email ThisBlogThis!Share to TwitterShare to FacebookShare to Pinterest
Labels: Five on Friday, quarantine

The current times and season have necessitated some creative adaptation. Here are a few recent examples from my life:
1. First it was toilet paper and hand sanitizer that was impossible to find. Then flour, yeast and dry beans. Things seemed to get back to normal but then every once in awhile I want to buy something and it's wiped out (baking powder, graham crackers). I guess there was a good run on those grahams for awhile because the supermarket was prompted to hang this sign:
2. Then we found some! But after a long day of fun, I just was not in the mood to start a campfire solely for the purpose of making s'mores. "But Mom! You promised!"
Et voila:
3. Heat wave + beach closures + social distancing = even more appreciation for living where we do 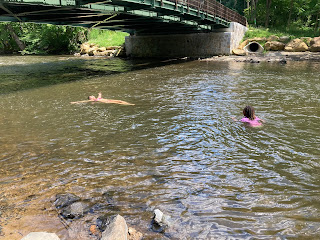 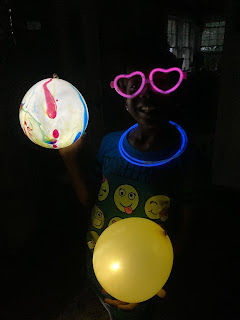 "My husband says I post and talk about Giacomo the Vespa too much . . . "
Just because the one and only souvenir I purchased on our recent vacation was for my Vespa and not, for example, for my friend watching my dog for the week . . . doesn't mean I'm obsessed. It means Sandwich is a funny name for a town and belongs on Giacomo's top box sticker collection. 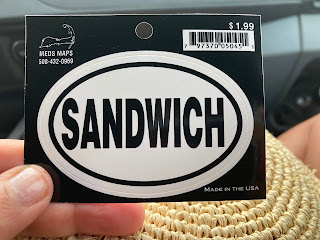 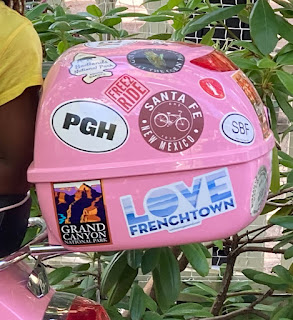 So, what if I am a little bit obsessed? It's his fault anyway and I could have worse habits. Perhaps I shall just embrace my fixation on my vehicle and write my second Vespa post in less than a month.  I mentioned in my previous post that I am undecided on if I feel comfortable listening to music under my helmet so for now I just spend my ride thinking. Sometimes I think about the playlist I would listen to if I did listen to music on my rides. So far it looks like this:
1. Macklemore's Downtown: Maybe twice because it's so fun . . . once at the beginning and then again at the end? That could work. 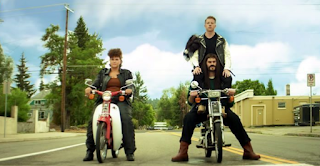 2. Coffee Break Italian: Okay so technically this is a podcast (that teaches Italian) and I don't know if you can add a podcast to a playlist. Maybe if I download some episodes I can then put them on the playlist? Or maybe I should just listen to the music playlist sometimes and the podcast other times. Generally it's difficult for me to find time to listen to podcasts so when I'm alone riding would really be the perfect time. Better yet would be if I could just, like, take a pill and know how to speak the language. Has that been invented yet?
3. Bo Diddley's Road Runner: while as a family we're partial to the other Roadrunner song by the Modern Lovers, Bo Diddley's version has a steady background chorus of "Beep! Beep!" and I do love beeping at small animals while I ride.
4. Selected favorites from Putumayo's Italian Café but replacing their version of  Tu vuo' fa l'Americano with the version from The Talented Mr. Ripley (a movie that really I don't like, actually, as the plot makes me anxious and uncomfortable but oh, that scenery and costuming! And so many vintage Vespas! Drool.) 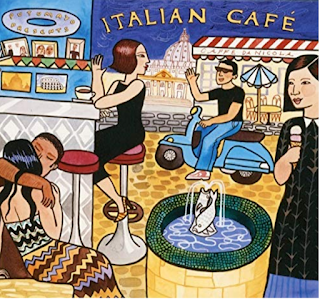 5. ZoomZoom Zoom: Wrong language but still sounds pretty and naturally zoom, zoom, zoom is fun to sing when driving a Vespa. I realized recently why hand grip accelerating is so satisfying and sort of nostalgic . . . because when I was a kid at the height of Evil Knievel mania, having one of those motorcycle noise-making grips on your bike to rev up was just the ultimate in coolness.