Five on Friday: To Assist You in Nominating Me for "Mother of the Year"

It’s that time of the year again, friends! Time to submit your nominations for the 2020 Mother of the Year Award. I realize that everyone is busy with doing things like remote schooling their children or amping up their imminent doomsday prepping, so I thought I’d help you in completing in the nomination form.

Most of the questions are pretty easy to answer, like “Why does your nominee GINA SAMPAIO deserve two weeks away from her family?”

But I realized you might not have the five recent examples of stellar parenting that you’ll need on page four, section six.  Feel free to copy from below to use in your online nomination form:

1. Last week, GINA SAMPAIO got a text message from her kid, when it was starting to get dark and chilly, asking if anyone was going to pick him up after basketball practice at a park about 15 minutes away.

2. This text came through after GINA SAMPAIO ignored two incoming calls from two separate unknown numbers. Also, this event happened literally three days after one of her best friends told her a story about ignoring calls from an unknown number that happened to be her daughter needing a ride home from the park.

3. GINA SAMPAIO was recently overheard saying, “So help me god if you tell your brothers we split a soda while we were out, I will take $50 out of your wallet.”

4. After once again finding food packaging in the beds of both of the athletic boys whose shared bedroom always smells like a barnyard, GINA SAMPAIO imparted this wisdom upon her children: “Do you want mice in your bed? Because if you do, I’ll go buy some at the pet store and release them on you while you are sleeping.”

5. When GINA SAMPAIO’s most challenging child revealed that she’d like to be “Half-Angel and Half-Devil” for Halloween, the nominee responded with, “Do you know you’re supposed to dress up as something that you are NOT?”

(Okay, fine, she didn’t say that one out loud. But she thought it very strongly, and that might be the only legitimate example of great parenting on this list.) 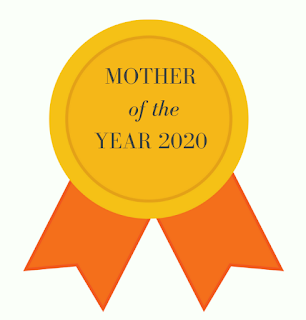