Five on Friday: Reasons I'll Miss Basketball That Have Nothing to Do With Being a Good Parent 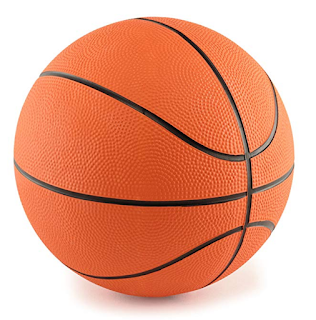 At the end of Tuesday's game, another Mom pointed out that it was our 8th grade sons' final game on the school team.

Some of the others Mothers may have had a moment. I kept to myself, because as much as I like watching my son play basketball, I will still see him play next year at High School and I'll most likely have another son on the Middle School team next year as well.

That's not to say there aren't things I'll miss now that the season is over. I will absolutely miss:

1. Comparing Granny Chairs with other Moms. I thought I loved mine but, man, this  other Mom has a super-fancy model is not only deluxe, but also has stripes.

2. Watching the referee as he runs in our direction with a look of pure fear on his face because there is a group of extremely fast, athletic boys that are decades younger than him hot on his tail and there is always a possibility that he's about to get plowed over. (Evil? I don't mean to be, but this one Ref made the funniest faces in this scenario!!)

3. Listening to my 11-year-old son groan at how cringy his Dad's coaching from the bleachers is.

4. Listening to my 11-year-old son coach from the bleachers.

5. Taking video when I think a coach is acting badly and could be get kicked out by the Ref. No luck this season . . . I guess there's always next year.