Last year I was invited to write for Grown Ups Magazine about our Advent Calendar of Good Deeds (which, I, uh, sort of made up in order to write about). The idea was that we'd have one good deed per day on our countdown to Christmas instead of one chocolate per day for five kids to fight over. (The article is here: http://grownupsmag.com/homemade-holidays/)

I learned a few important things last year, like pay attention to what deeds go with which day as some required more time and would be better on a weekend. I also realized which good deeds were really doable and that giving myself some cop out days ("help set up for family party" that they would have to do anyway) was imperative to getting it done without feeling pressured or guilty. I wanted to do sewn paper again (something about that aesthetic really pleases me) but didn't want to do the same exact thing as last year. I realized I had a bunch of half-used pretty scrapbooking paper laying around: 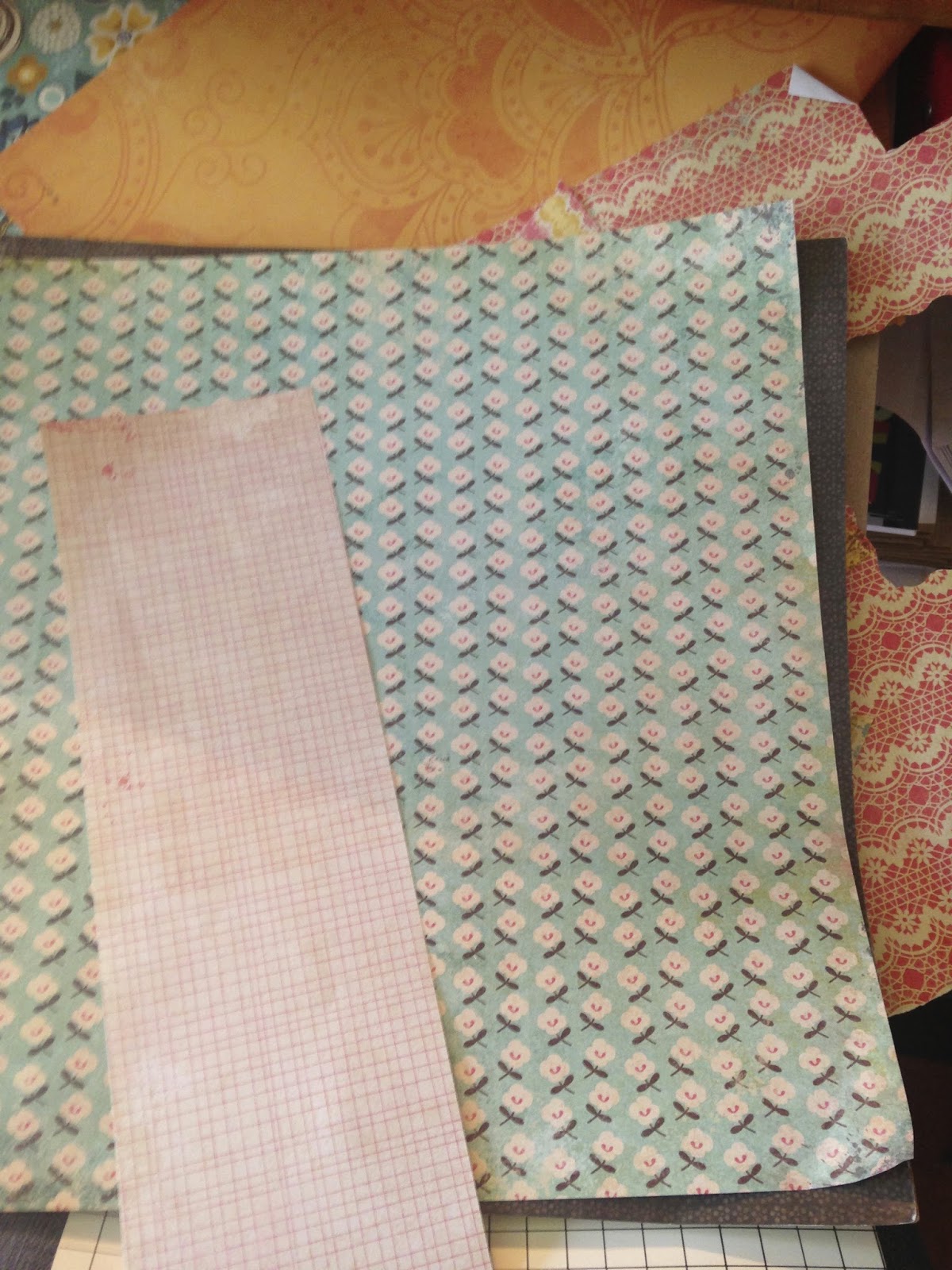 Instead of stars, I cut hearts of various heights and widths out of the pretty paper. Since the back wouldn't be seen (and since I happened to have a brown paper shopping bag laying around), I stuck with brown paper for the back. First I sewed the hearts to a square of brown paper (with different lengths of twine on the top of each bump for a hanger), then I trimmed them: 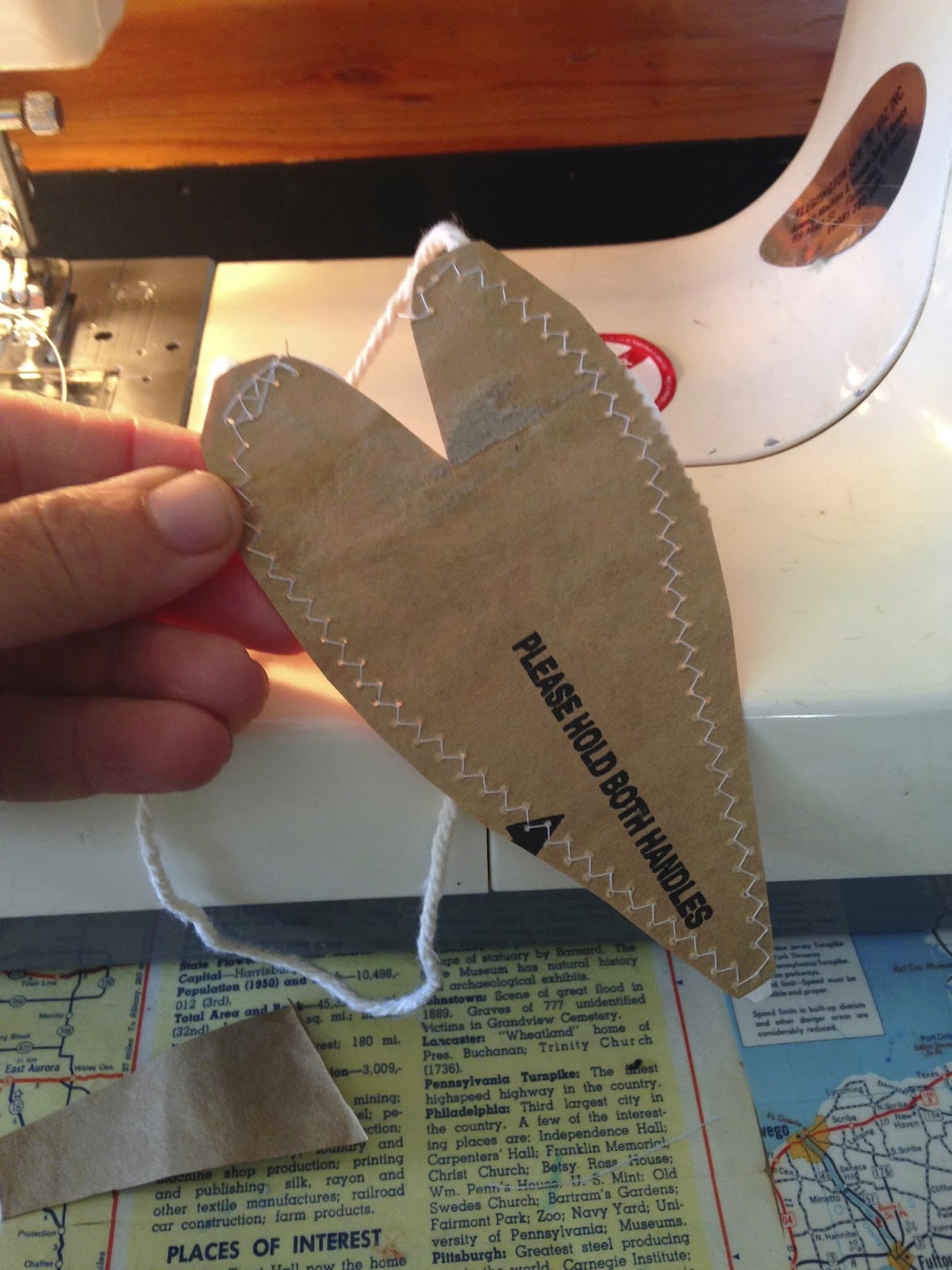 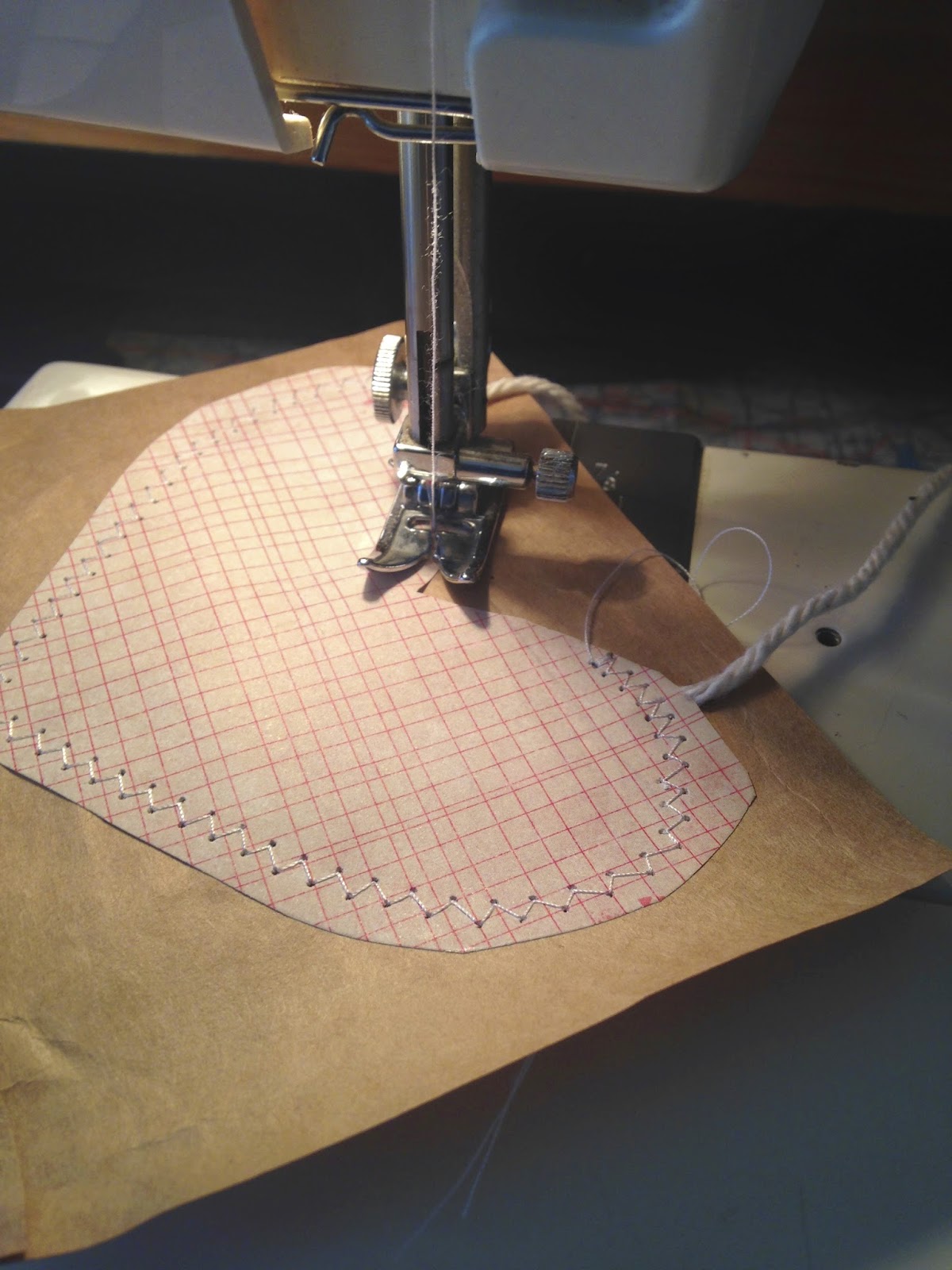 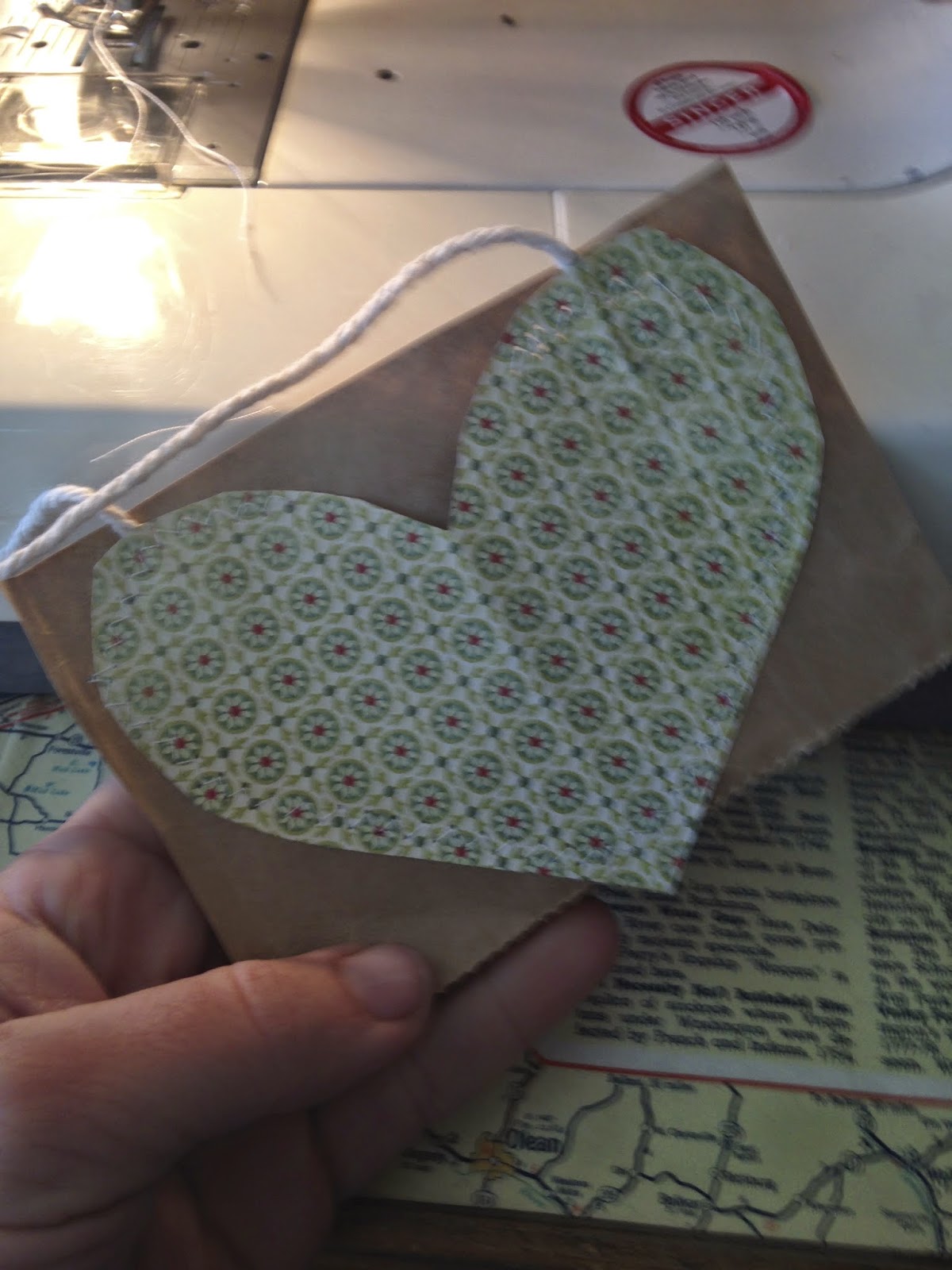 Last year I sewed the small papers with the daily good deeds written on them right inside the stars. This year I had the time and inspiration to start sewing but not the good deeds written out yet. Therefore I left the "V" part of the heart open so I can stick the little papers in later. Soon I had twenty four sweet little hearts, now I needed to find some numbers for them. 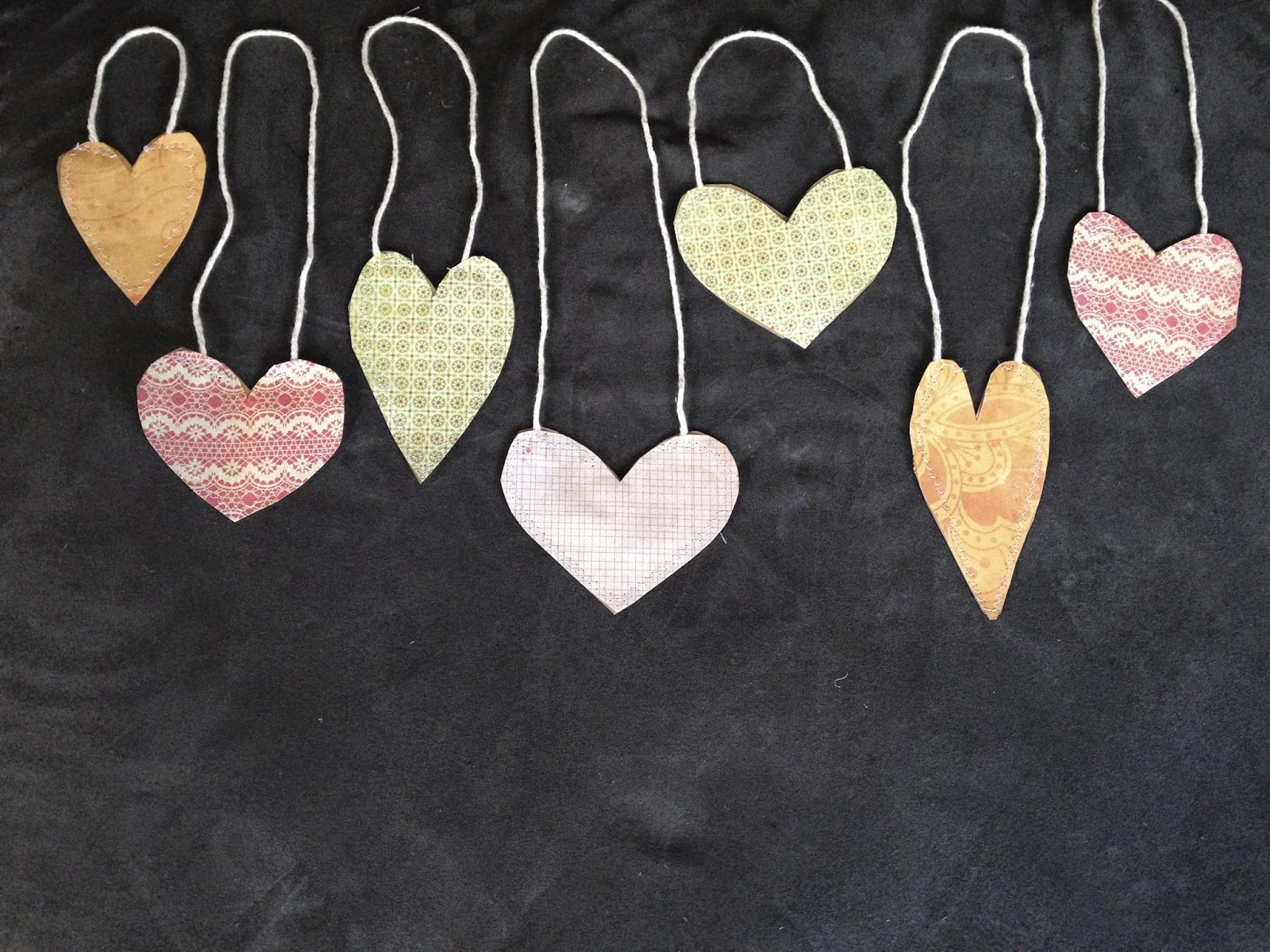 Once again wanting to do something different than last year's stamped numbers, this year I turned to my stash of vintage children's books (that I pick up for cheap/free for crafting with) and magazines ("24 Ways to Make the Holidays Merry" in a free magazine from Lowe's came in quite handy!) and started cutting out numbers. 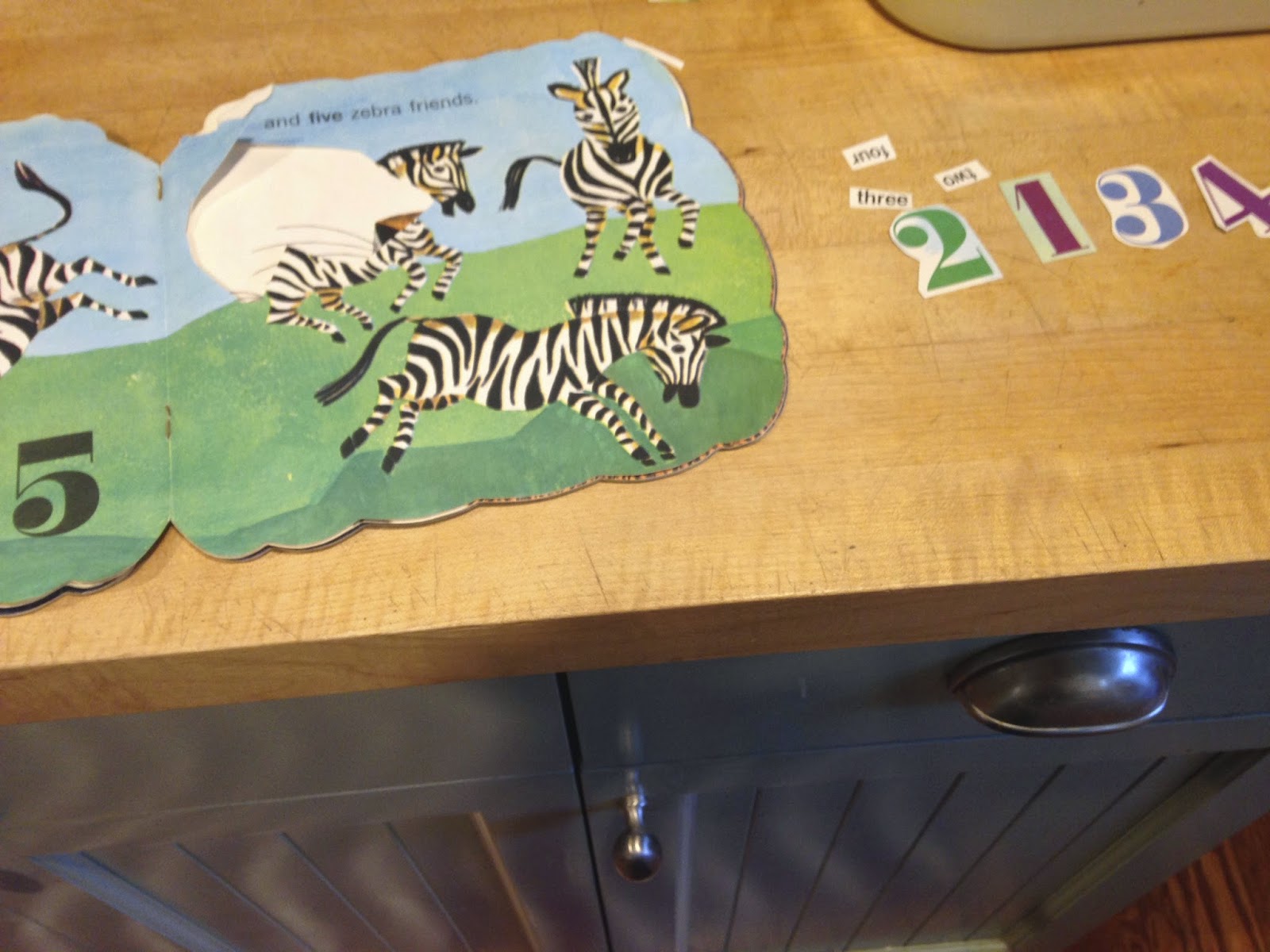 Once the hearts were done, I found a pine branch I liked and hung it on my kitchen mantle. the hearts were attached and oh, it looks so pretty. Now I just have to write out twenty four good deeds on little papers, roll them up and stick them in there. Considering they're forecasting six inches of snow and it's a holiday weekend anyway, I'm thinking I'll have plenty of time to get that done before December 1st. I know not everyone can make a sewn paper advent calendar like this but I hope that if you DO make an advent calendar with your kids (so many cute, fun, way less time consuming options out there on the Internet) that you consider trying a good deed one this year. This holiday has become so much about consumption and greed, having the kids do good all month is one way to combat that. 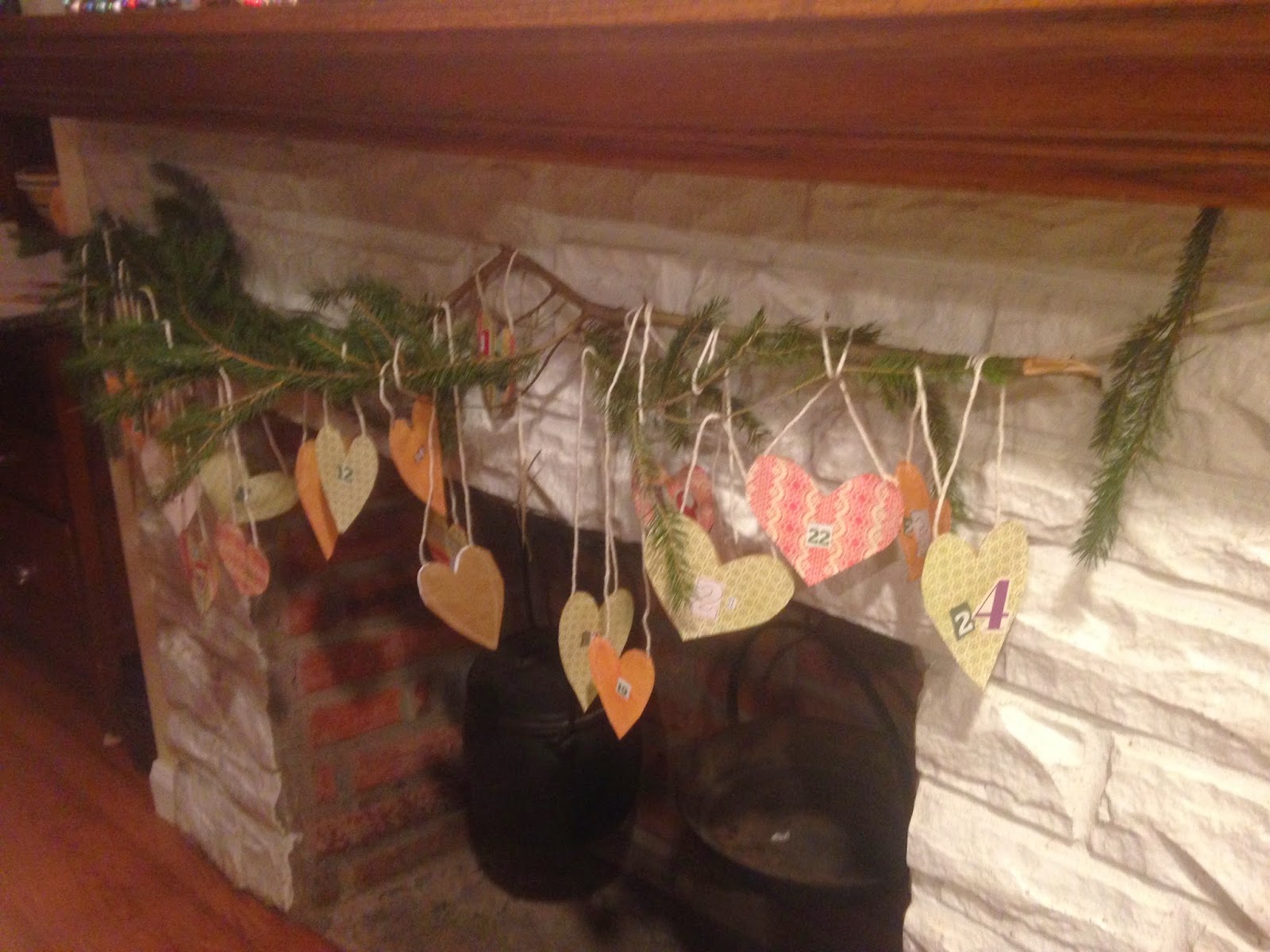 (PS Results from last year's calendar are here: http://www.sisterserendip.com/2013/12/the-advent-calendar-experiment-results.html I'll need to reference that when I'm coming up with the good deeds for this year!)
Posted by Sister Serendip
Email ThisBlogThis!Share to TwitterShare to FacebookShare to Pinterest
Labels: parenting, winter