Five on Friday: My Son Might Be a Squirrel

Did you watch that Mark Rober squirrel video? The former NASA engineer had had it with the squirrels eating all the bird food he put out so he constructed this insane obstacle course to combat them. I'll admit, having had frustrations with squirrels myself, I clicked, wanting to see them get it so good!! 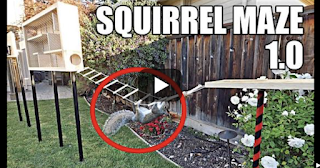 But then, just like Mr. Rober, I walked away with an appreciation for those fluffy-tailed nuisances. The next thing you know, I'm telling the kids I want one of those squirrel tables for Mothers Day and my oldest daughter and I are trying to set up squirrel photo booths. 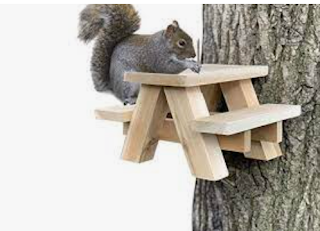 That was so spring of 2020, though, and my mini-obsession with squirrels has waned. But the other morning, as I watched my 15-year-old son getting ready for school, I wondered, "Where have I seen this sort of behavior before? What does this remind me?" And then it occurred to me . . . I think my son might be a squirrel.
Here's my evidence:
1.  He appears to be very busy and active, scurrying around from room to room, but he has very little to show for what he's actually accomplished.
2. I can hear him but I'm not always sure where exactly he is.
3. Observing his behavior is equal parts frustrating and fascinating.
4. I want to find him annoying but he's actually pretty cute.
5. He, just like the squirrels, refuses to pose for ridiculous photos for me, even when I offer a snack reward. 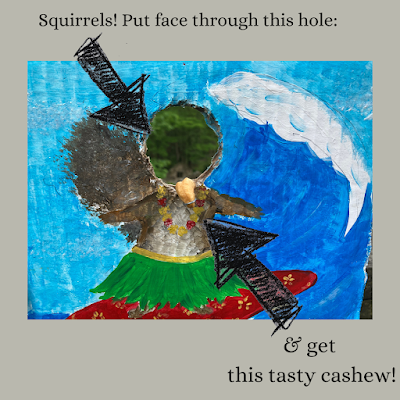