The college students have been home for almost two months and the high school student has been done with school for for over two weeks. The middle schoolers finally finished their year last Friday and BOOM! it was like that kick-started real summer. Here's my proof:

1. It's not just clothes on the line anymore--that becomes a common occurrence in the late spring. It's the fact that the line is frequently filled with beach towels that really makes it feel like summer. 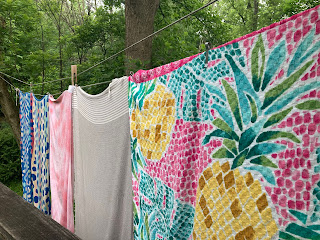 2. Don't ask, don't tell. In this instance it means you're not going to ask how many times my family has consumed hot dogs in the past seven days and I'm going to refuse to count.

3. Fine, sometimes dinner isn't hot dogs. The other night dinner was a sort of charcuterie-crudités hybrid (charcrudités?) served* two and half hours later than we usually eat.

*I'm using the term served rather loosely here. It was more like I put food on the table and then shouted, "There's food!" 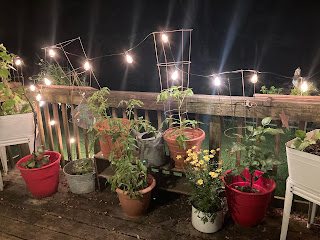 5. I've restarted writing daily entries in my "How I Spent My Summer Vacation" journal. This is a tradition I started in 2010 (!!) but completely forgot about last year, which feels pretty on-brand for 2020. Back on, baby! 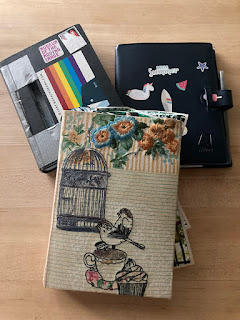