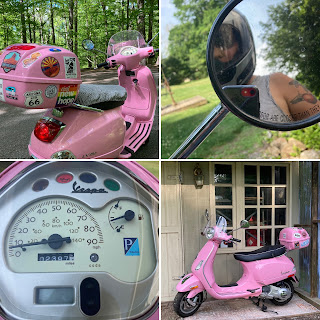 My husband says I post and talk about Giacomo the Vespa too much. First of all . . . I disagree.

Second of all, I’d like everyone to know about a conversation we repeated about once a year every year for probably eight years straight:

Him: Do you think you’d ever still want a Vespa someday?
Me: Meh, I don’t know, I think that ship has sailed.

Then he bought me one for Christmas.

Furthermore, he has no idea how many posts I think up that I never even share! Dreaming up potential posts is just one of the things I do when I'm riding. Since I'm undecided on if I'd feel comfortable or not listening to quiet music under my helmet, for now I just spend my ride thinking, enjoying the scenery, making observations and, of course, cracking myself up. Here are some recent reflections:

1. "Aw man, back roads are the best! I love their lower speed limits, terrific scenery and frequent lack of any other vehicles." (thirty seconds later . . . )

"DUDE. Back roads are the worst! Has this hill always been this steep? A curve in the road should never be this insanely sharp, my god."

2. When I see this sign (or others like it) when I'm driving in the car, I think, "Oh that's just a suggested speed limit." But while on Giacomo, I say, "Oh, yes, that is a very prudent speed limit for this incredibly curvy and steep hill! I hope the car behind me doesn't think that's just a suggestion because it is absolutely not." 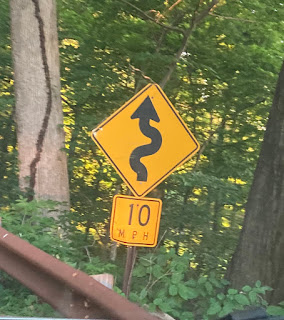 3. There’s this sort of special wave that motorcyclists do when they pass one another. I haven't passed any other Vespa riders but I see plenty of motorcyclists. They are usually men and for the most part, they give me the wave. Sometimes I initiate, sometimes they do. Last week one gave me a very enthusiastic, over the head, ROCK ON salute, which made me super happy. 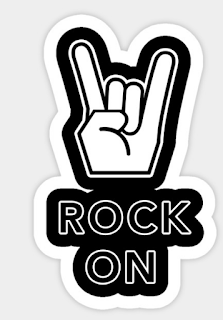 There are also the guys who absolutely see me and turn their heads away from me, obviously entirely too tough to wave to a rider of a pink Vespa. To them I subtly give a different hand salute that only utilizes one finger.
4. I love to sound my completely non-intimidating beep at every squirrel, chipmunk and deer that I see in or near  the road. I don't really need to, they generally run away as I get closer but it's one of the things I do to entertain myself.

5. On a ride last Friday I thought to myself: "Dogs really don’t like Vespas. They always bark at me like my dog does to the vacuum cleaner. What would I do if one of those barking dogs ever charged at me while I was driving past? Probably just beep a lot."

Then on a ride the next day: I sort of hit a dog*

(*I was traveling at a low speed as I was turning a corner in my neighborhood when I saw a dog break free from his owner. I started beeping like crazy but he didn't care. He ran towards me and his owner ran after him, placing them both directly in front of me so I came to a complete stop. He kept coming at me and I'm not sure if he actually made contact with my front tire or not. It was surprisingly not at all scary but I made a note to self to no longer wonder about things that could go wrong while I'm driving lest I bring them to fruition)