I think everybody remembers their first time.

I do, too. I think I thought it was going to hurt a little, but I guess I was lucky: it didn’t at all. It actually felt pretty good. It seemed like something I would probably want to do again and maybe even with other people.

It was a warm afternoon in the early summer. I was at the local lake with a bunch of friends. I knew a lot of them had done it and they all had great experiences. But I just . . . I don’t know, the time had never felt right to me. I wasn’t really sure I was ready. I’d resisted much longer than any of my friends had but that day I knew I felt ready to try something new:

I was ready to ask a group of Moms to help me out with my kids.

Two weeks earlier, we had gotten a surprise baby. Some people have surprise pregnancies but when you’re a licensed foster family, sometimes you get surprise babies. At the time we had four kids under the age of ten and we weren’t really chomping at the bit to change more diapers--but when we got a call about our younger children’s baby sister needing a soft place to land, we broke out the landing gear.

It was an emotionally draining time. In one week’s time, she arrived unexpectedly, left again just as suddenly  and then surprisingly returned. The frequent night time waking is always an unwelcome shock to the system, even with the fifth baby. (Maybe even more so with the fifth baby) I tried my best to maintain normalcy for the older kids. That meant in spite of my exhaustion and the newly scheduled late afternoon appointment for the baby, I stayed committed to our plans of celebrating the end of the school year with a trip to the lake.

As all the local mothers gathered around to coo over our beautiful new addition, I realized I was tired. I was really tired.

I also realized I was ready. The time was right. This was what they meant when they said it takes a village, right? I consider myself incredibly fortunate to have a husband that is an amazing partner and an excellent father but there were times (like weekdays when he was at work) that I’d need help from someone else. Now, more than ever, with five children needing me all the time, I was going to have to call upon my village.

I took a deep breath and asked the other Moms if they could watch my kids—the 2 and 4-year-olds playing in the sand at the water’s edge, the 8 and 9-year-olds swimming in the lake with friends, the infant that needed cuddling. I needed to take a nap and I also didn’t want to haul all five to the baby’s appointment an hour away.

They didn’t hesitate. Of course they would watch my kids for both my nap and the appointment. I took my towel and my sunglasses and hiked across the beach to farthest spot away I could get to. I spread out my towel and laid down. As I closed my eyes and succumbed to the pleasure of an early afternoon nap in the sun, I thought, “I could get used to this.”

Something clicked that day—when those other mothers were so eager and willing to help me it made me realize that I, of course, would do the same and more for any of them. Since then it’s gotten much easier for me. I’ve even been known to do it twice in one day, sometimes with two different people.

And I never have any shame.

Because now I have a better understanding of how this Universal Village works: sometimes I will be on the giving end and sometimes I will be on the receiving end. It’s not tit-for-tat. I’ve got friends that bail me out more than I care to admit and I’ve got friends whose rescue I’ve come to too many times to count. Nobody’s keeping tabs.  And that’s exactly what I tell any frazzled parent who needs to hand a crying infant to me or have me feed their child a meal unexpectedly. Sometimes they think they need to repay me, they don’t understand what I’m trying to tell them about how this all works.

So I just try to be very gentle with them and take it slowly . . . it might be their first time. 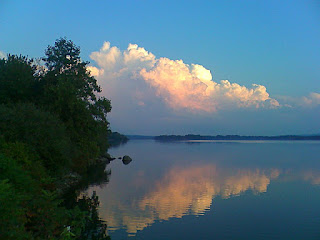