Five on Friday: Ghost of Christmas Past 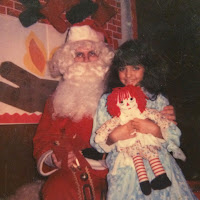 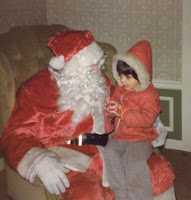 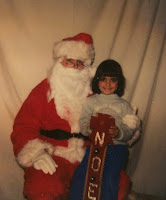 2.Watching The Price Is Right was a bit of a tradition when I was growing up. This dog was named Bob Barker after the show's host and accompanied me in a performance of the song "Dumb Dog" in a local talent show. I still own him, though he's down one ear. 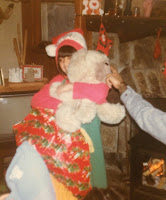 3. Same town square, same holiday tradition. Different wooden horses, different years, different sisters (first me with my older two, then me with my younger one): 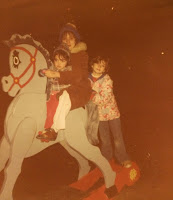 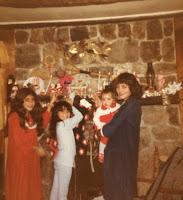 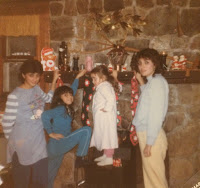 5. This one was obviously taken pre-digital photography because otherwise it would have been deleted and never printed. 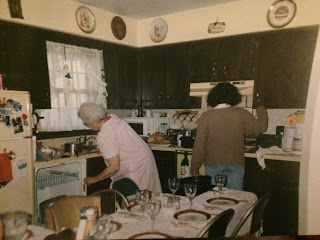 But I love this picture and am so glad it exists. Such a warm and nostalgic snapshot of Babci's kitchen, with the folding table and chairs set up for Christmas. She hosted so many people in that small house of hers . . . this was probably one of the last ones before someone else took over.

This picture also holds other significance for me. One of my best friends stopped by shortly after this picture was taken. Over the years we occasionally nursed crushes on each other but never at the same time. That year I had the inkling he was interested in me and I wondered why I couldn't just fall in love with him, it'd be so nice, it'd be so wonderful. But he was just my friend.

But that day when he walked into Babci's house, it was like every cheesy 80s love ballad come to fruition: the love that was before my eyes all along suddenly hit me like a ton of bricks. We moved in together shortly after that and this will be our 18th Christmas together as a married couple. Thanks, Santa.