Five On Friday: The Redcoats Are Coming

To be fair, there is no reason to believe their coats, if they are even wearing them, will be red.
It's just . . .  you know. I was in Boston last week soaking up all the Revolutionary War history and now I have two British exchange students coming for ten days. 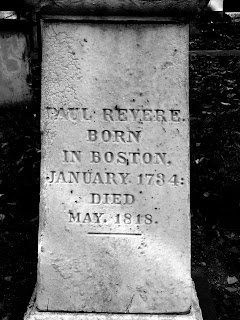 You may be asking yourself why on Earth a person with five children is willingly taking two more temporarily. My husband may be asking that same question. This week's list will explain that and more!

1. I love cultural exchange. I have had jobs with exchange students and au pairs. I have been an exchange student myself. This program is only ten days and seemed like an easy way for us to start. I thought we'd be getting one girl. We are getting two boys. (I wanted a girl as it was my High School daughter, not son, that was interested, so I thought they could share a room. However, by the time she handed the paperwork in there were only boys left. Son was still not interested and not into sharing his room. Okay, I'd figure something out. Then I looked on our student's information sheet where he wrote the names of his friends that will also be on the trip. I noticed that one of them did not have a host family yet. I emailed the coordinator and told her we didn't technically have any more space, but might be able to get a cot if that would be acceptable? She replied that he would love to stay with us. So we're getting two boys.)

3. They will be sharing the bedroom of our youngest daughter. I mean, with each other. She's outta there. I figured since every night she is begging me to sleep "someplace special" and still frequently wakes me in the middle of the night to tell me she wants "someone to sleep with" she'd be fine with rotating bedrooms for ten days. I was right, she's thrilled with this plan.

4. I hope they have great senses of humor. It helps here, in general, to have one and will probably come in handy when the little kids start trying to speak "in accent' like they do. I solemnly swear to keep my fake British to myself until they're asleep or back home. Or at least try my very, very hardest.

5. Overkill Jones (the 15-passenger van we purchased over the summer) sure is going to come in handy.