Five On Friday: Highlights from Just a Few Days Away

Lots of living happens in long vacation days, doesn't it? I had the kids up visiting in Cape Cod just late Tuesday afternoon until this morning but it feels like we had at least a week's worth of fun.

1. On the ride up I taught the kids the word "rubbernecking" which the youngest later called "jello-necking."

2. "Maybe we can get this book. We're irresponsible!" 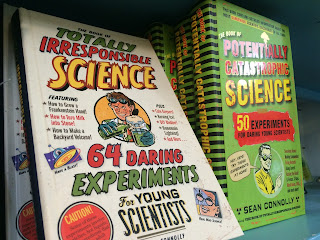 3.  Such old-timey Americana free family fun. The town band playing in the gazebo. On the way there, my youngest told my sister-in-law, "I have to tell you, I'm not really a fan of old fashioned music." (Sister-in-law then asked, "What kind of music do you like?" and she replied, "My music. Stuff on Youtube.") 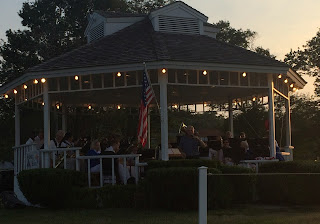 4.  We were happy to shop local while we were away. 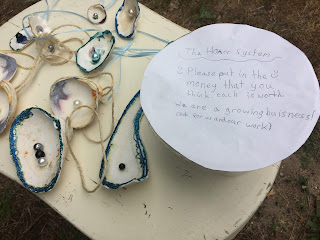 5. I mentioned on my Facebook page yesterday that this week marks the third anniversary of my Grandmother Babci's death. I wanted to honor her but was so sad with all of the killings this week it all felt a bit overwhelming.

That year she died we left right from her funeral for our trip up North here with two other families, good friends of ours. It was good to decompress that way but also a bit of a hard week. My husband ordered some lanterns and we lit and sent them off in her honor.

I haven't seen any paper lanterns like those in person again until last night, my in-laws let us know they had some, too, and last night we sent one off. It was a small, peaceful moment to end a lovely and heartbreaking week.