The second part in what might only be a two-part series of Five on Friday features about our home. It was originally built in 1787, had an addition in the early 1900s and then another addition just last year. People always want to know if we've ever found or experienced anything interesting living in such an old house. Here are some of the more charming things we've found living here:

1. In the stone spring house on our property (which is beautiful) we found this creepy as hell dirty old doll surrounded by mud, glass and deer bones.


2. Down near the spring house and stream we are constantly finding pieces of broken plates and teacups, old bottles, etc. One time I found a piece that was the perfect seal from the underside of a platter. All of the words were completely intact, including the town name where it was made. That town name also happened to be my husband and kids' last name. (That sort of sealed the idea of putting an addition on instead of moving to a bigger home.)

3. We have built in vampire protection. 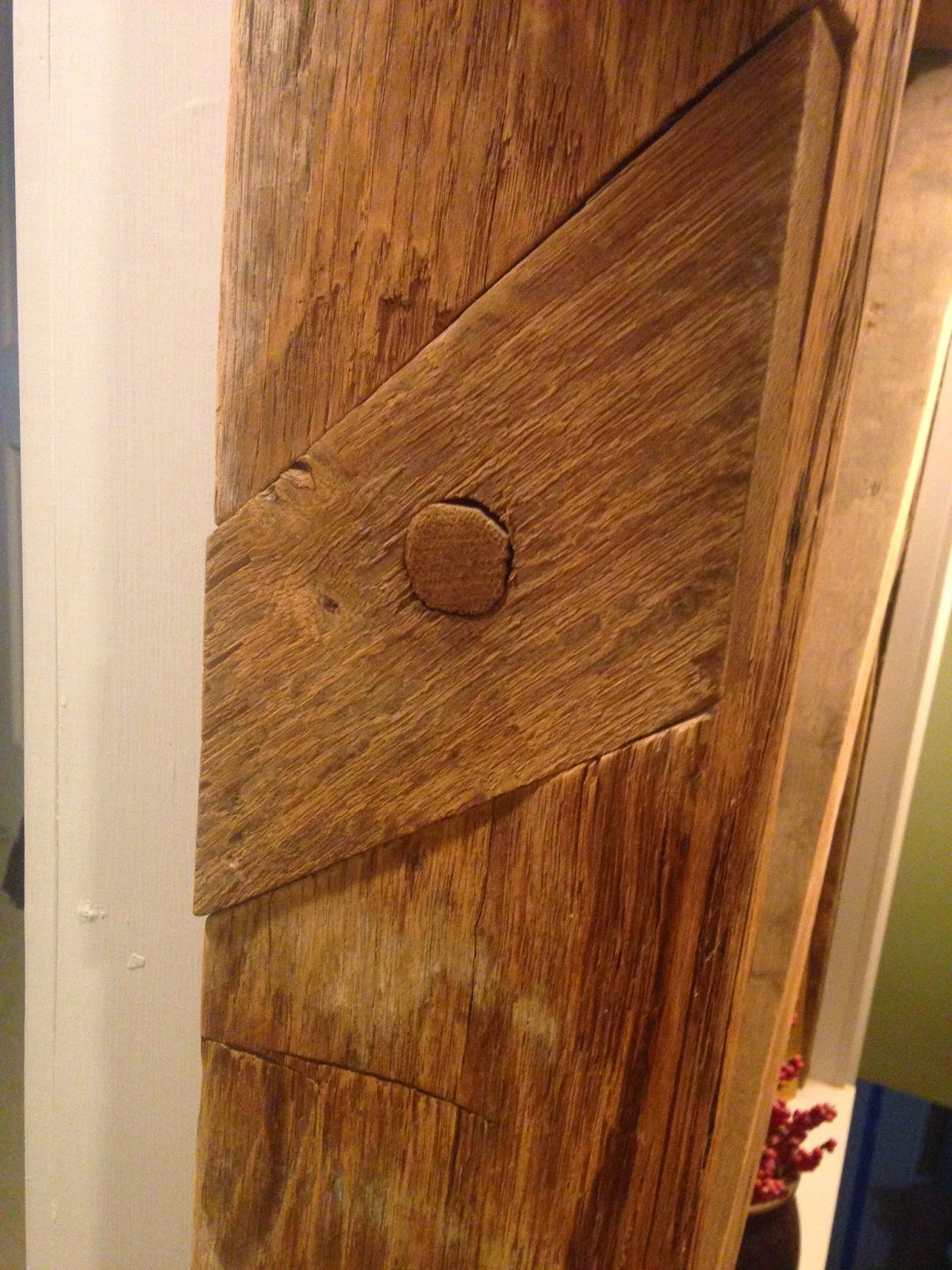 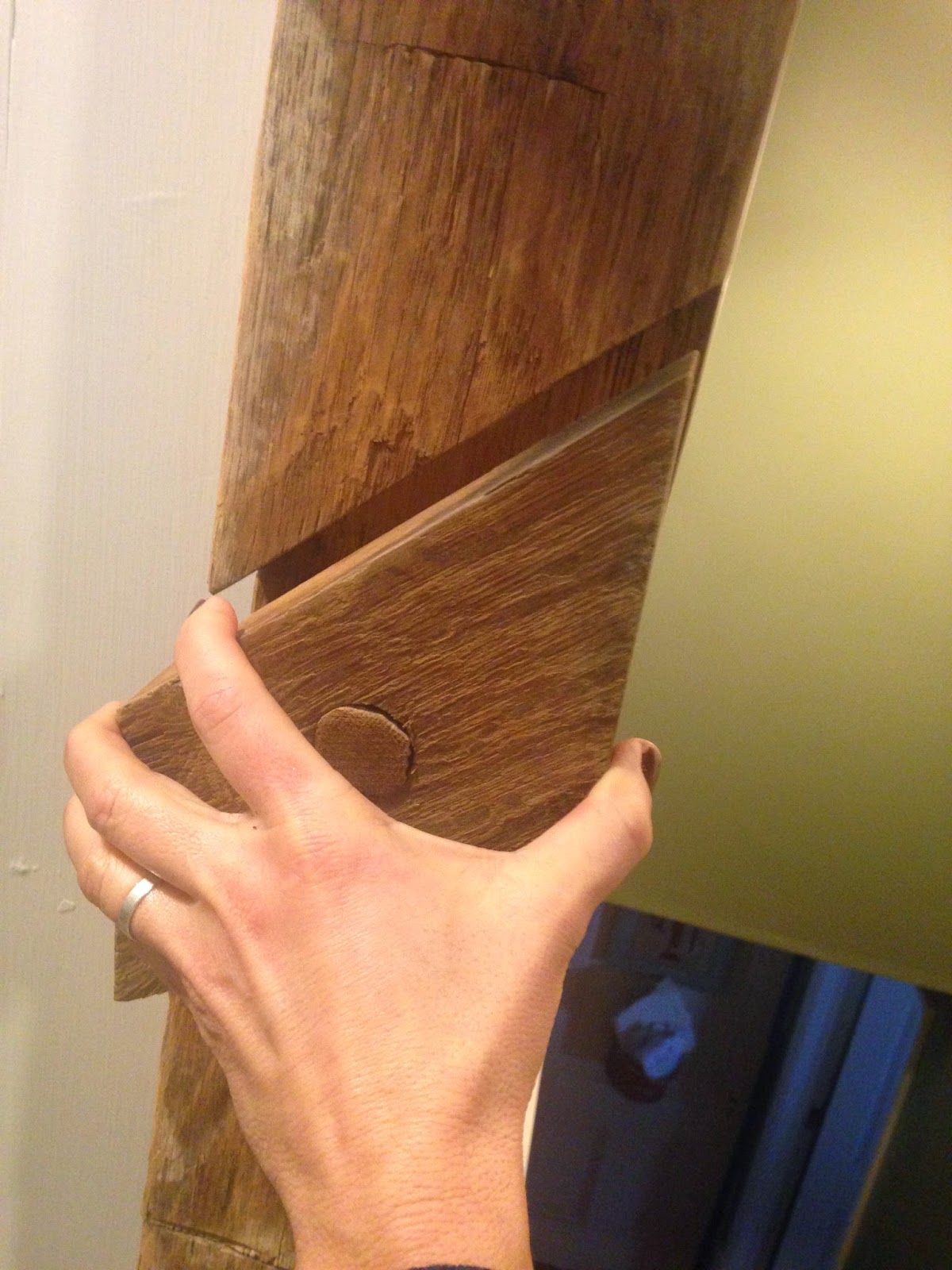 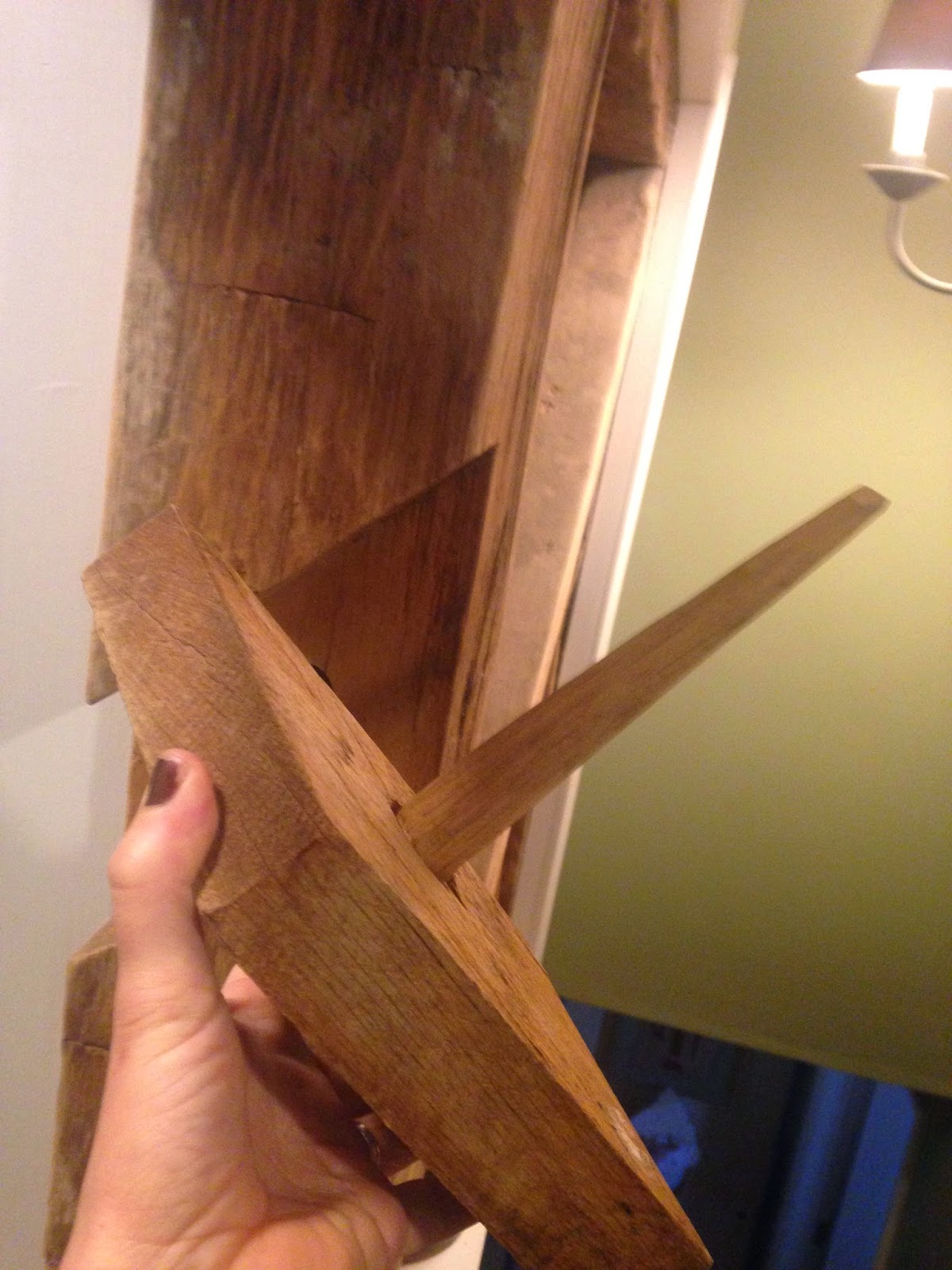 4. There are Roman Numerals stamped into the beams. 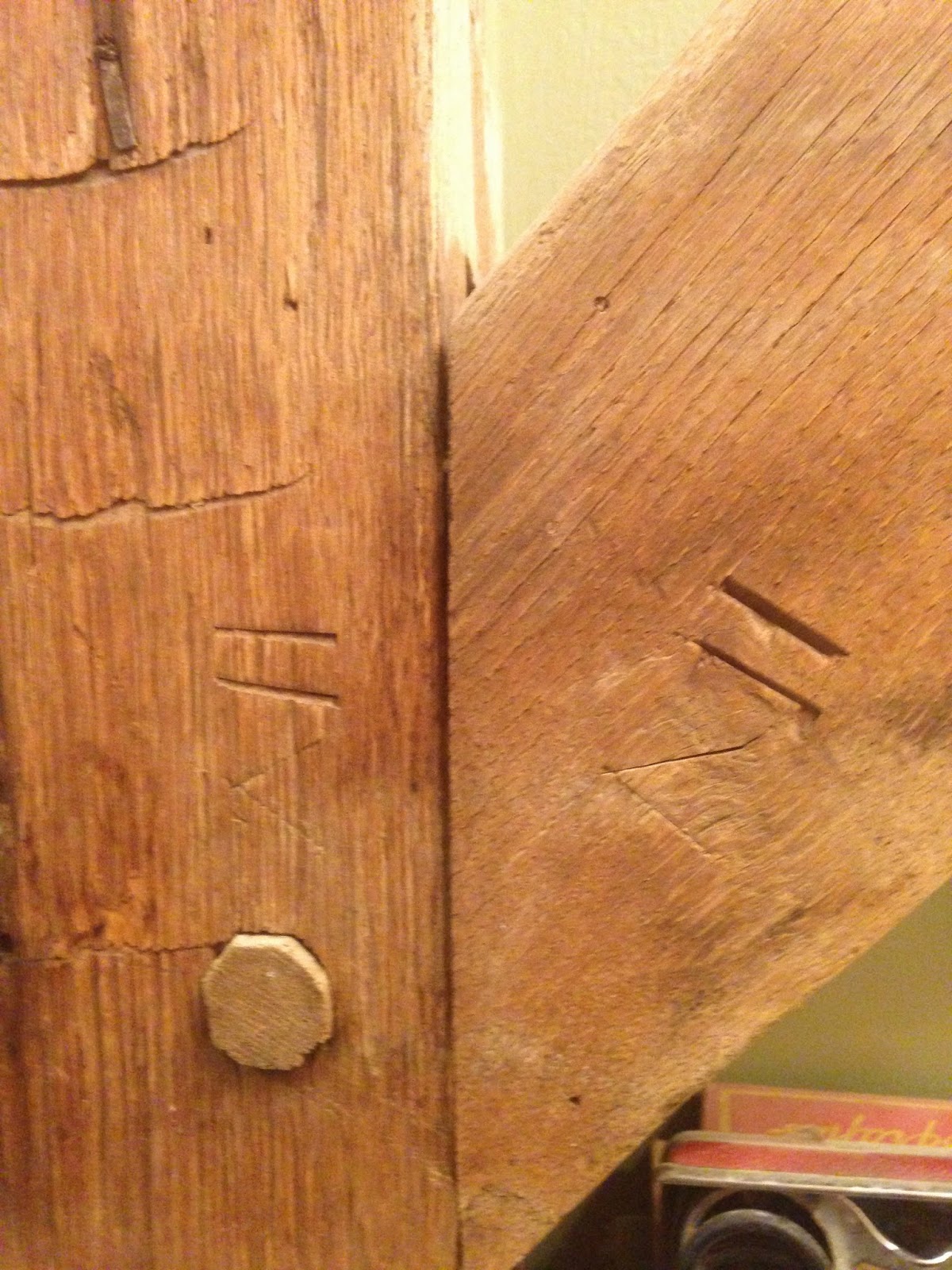 5. One time when B was young, maybe five or so, she started telling me about the girl she sees on the stairs. "The girl?" "Yes, she has an old-fashioned hairstyle." I was immediately convinced she had been seeing a ghost on the stairs. "Do you want to come see her?," she asked me. "I'm sure I can't, but okay," I replied. And she brought me to this paint chip on the kick plate of one of the stairs. "See? See the old fashioned hair?" (I didn't then and I still don't now. Soon she will be sanded and painted over. Sorry, girl on the stairs.) 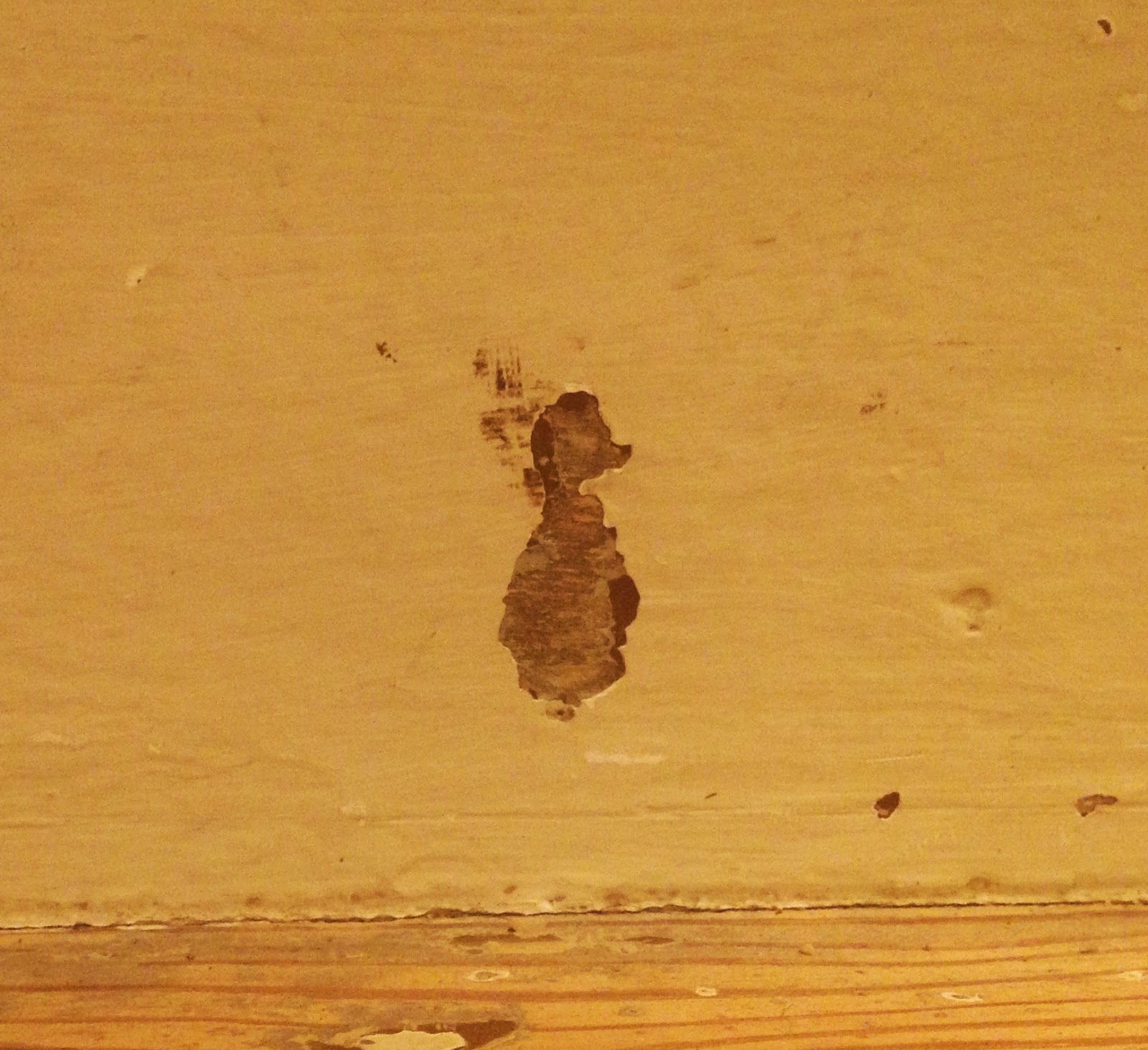