Aside from actually going to parties in the 80s, I haven't really been to many 80s themed events . . . until this year. In the past two months, I've gone to FOUR of them! Being that I am usually feeling pretty overwhelmed by two jobs and five kids, I totally found time to come up with four distinct costumes and helped my husband with some of his.

Here they are in all of their unique 80s glory plus a bonus picture of me at an actual party in 1988: 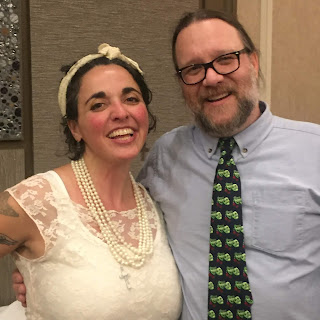 2. Next up was my own daughter's High School's Annual Coffeehouse event, this year with an 80s theme. I was Ms. PacMan and my youngest said she'd be a ghost. I made her a costume and then she refused to wear it. My friend's daughter wore it for a little while to appease me. 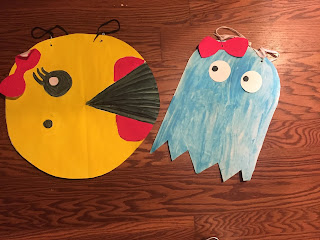 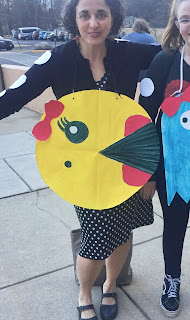 3. Then there was a birthday party that had an 80s WWF Wrestler theme. I only really know Hulk Hogan and the "Snap Into a Slim Jim" guy, neither of which appealed to me. So my husband helped me find the Fabulous Moolah. I fell in love but then he told me that she didn't really count for the 80s but Wikipedia said she did and besides I had already made up my mind because just look at her! And also me: 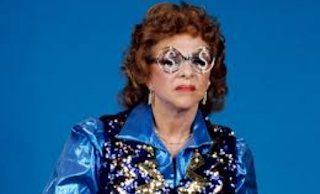 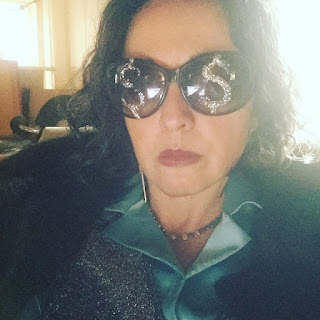 4. Last and maybe best . . . another birthday party, another 80s theme. Sure I could have used one of my other costumes but instead I of course felt the need to turn myself into a unicorn Trapper Keeper. As one does when they're super pressed for time. 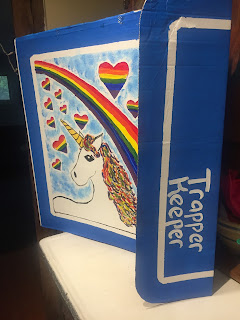