Five on Friday: The Optimist Gives it a Shot

I’ve had a little bit of a rough week.

It started with several dumb little annoyances and worked its way up to an upsetting incident affecting one my children at school (and it’s killing my oversharing self to not share but it’s not time yet, maybe won’t ever be).

And all of that was before the news of yet another school shooting. It's no surprise that my heart’s heavy and feeling a little bruised.

But if you know me at all, you know I'm an optimist who loves to look around for the things I am grateful for, particularly in times when I'm feeling low.  Aren't I lucky* that I can find more than fit on this list? Here are the top five:

1. My 12-year-old car broke down three weeks ago and ended up costing way too much to justify fixing. It basically just stopped driving on the highway--but luckily my permitted daughter wasn't driving, I wasn't hurt, and I had Overkill Jones to use in the meantime.  On Monday I was very happy to get a new car! It's an 11-year-old car and it’s a hybrid with a sunroof and a CASSETTE PLAYER. I love it. I named it John Stamos (Maybe he's been around the block a few times, so to speak, but my baby still look gooood) 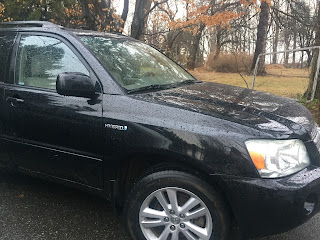 2.  My oldest daughter got her driving license! Of course there was nothing for her to drive at first but now John Stamos has saved the day. I'm happy she now has the freedom to take silly little jaunts like a run to the new supermarket with her brother just because they can. But what I'm really excited about is the fact that I can have some help in shuffling younger kids to or from activities. Woo-hoo!!

4. Even though I'm really upset about what happened to my child at school this week, the staff's response has been above and beyond my expectations. I'm very grateful.

5. Some very good news that some children in my community will be reunited with their siblings as they should have been over a year ago. This one made me cry tears of joy.

I hope you're able to find some joy this week, too. It's been a rough one for all of us.


*there I go being an optimist again