It started with two simple drawings made by my four and five year old children on December 31, 2005 depicting their wishes for the upcoming year. I didn't realize at the time we were starting a tradition.

That first drawing by my daughter said she was going to ride a bike to kindergarten. She did start kindergarten that year but took a bus there. This year she's looking forward to starting High School (and, in fact, riding her bike there). Now our youngest daughter, whose existence we never even imagined back in 2005, will be starting kindergarten in the upcoming year. As I reflected on these facts I realized just how much of a time capsule these resolutions have become and how much I value them.

So I took them out of the ripped and folded envelope I had been storing them in, smoothed them out, put them in chronological order and put them into a binder. I'm so glad I had an empty binder and sheet protectors on hand (I knew saving those used but good condition school supplies would come in handy some day!) as we're all going to treasure this for years to come. 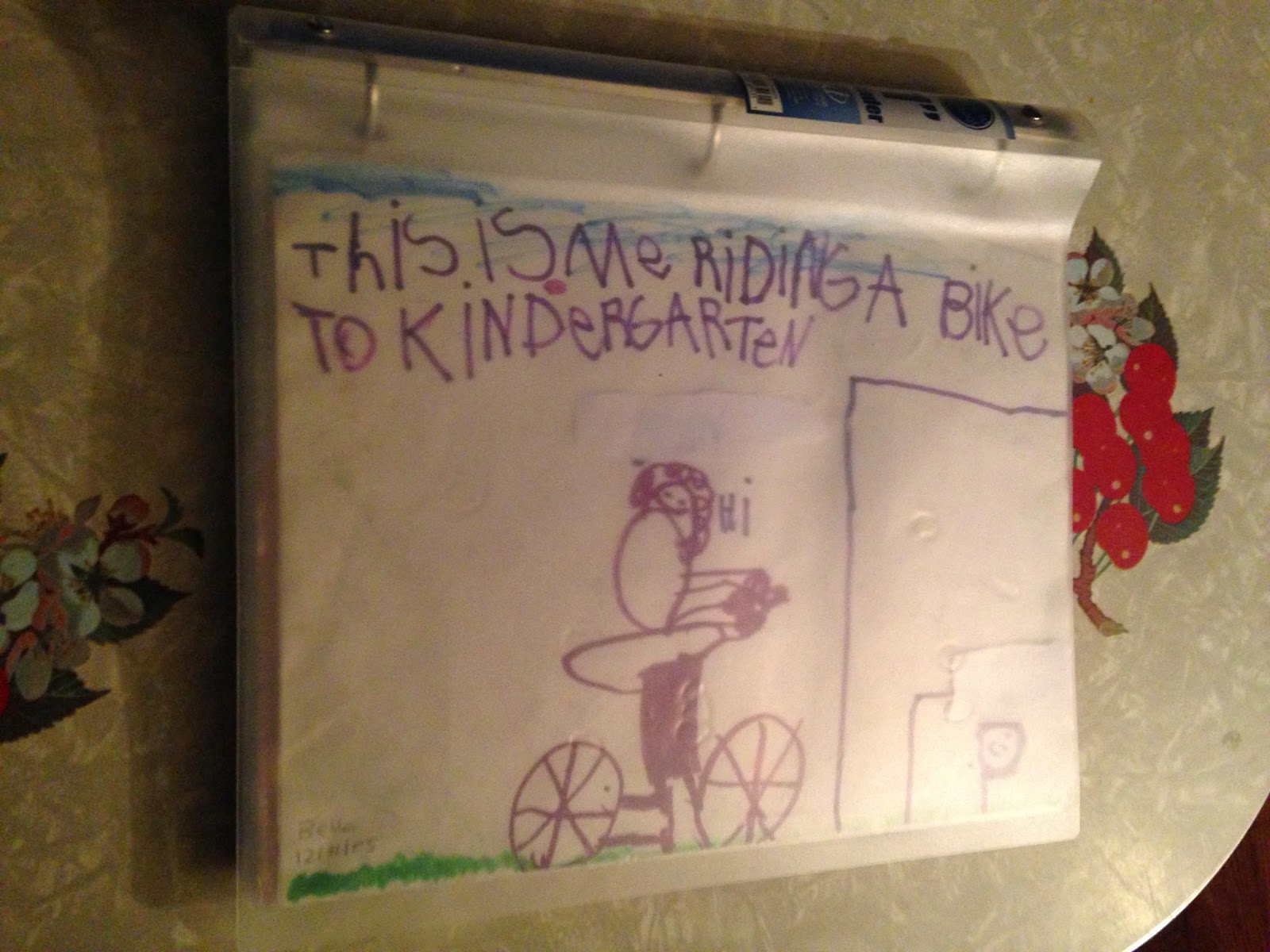 Here are some gems: 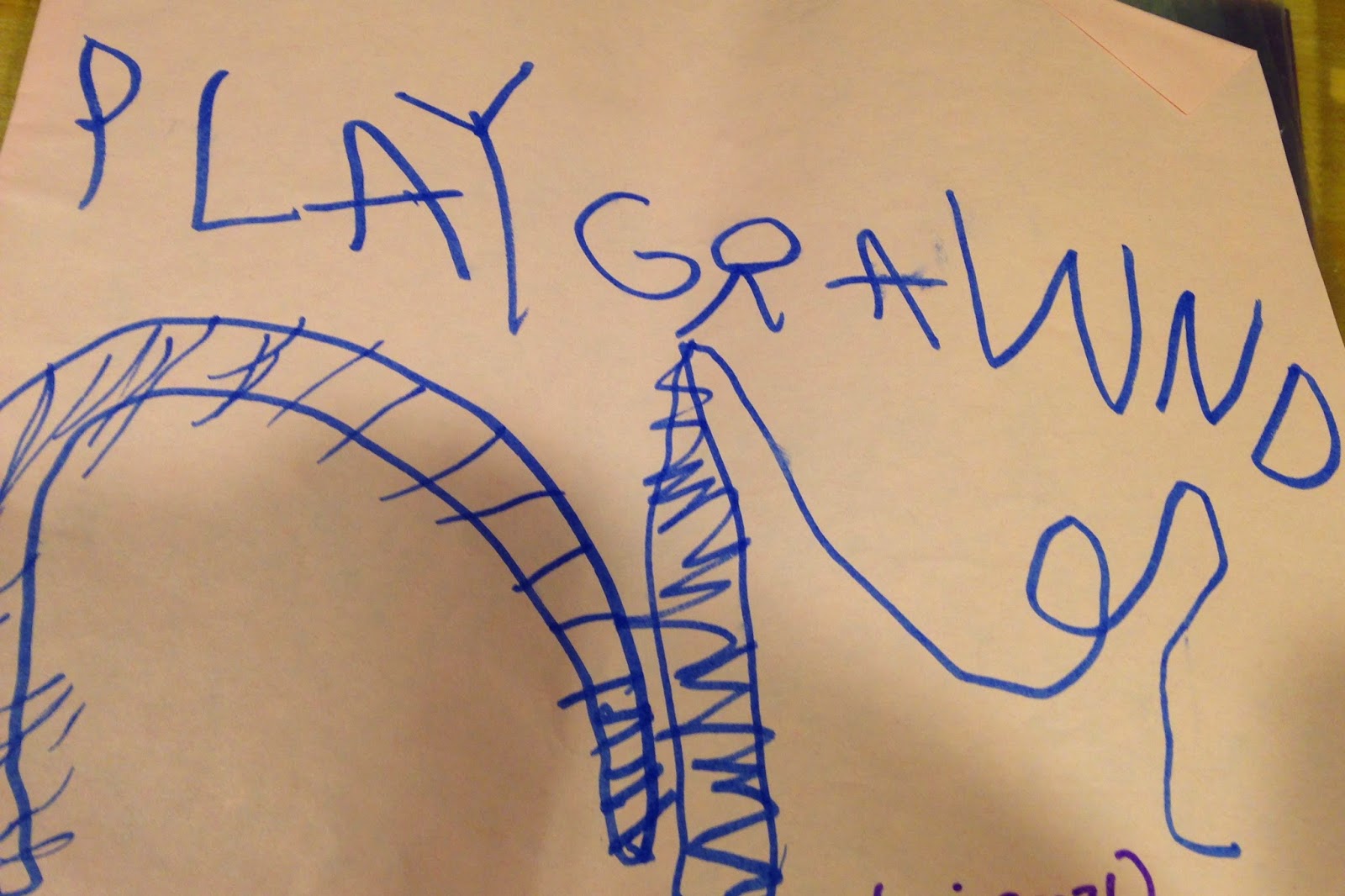 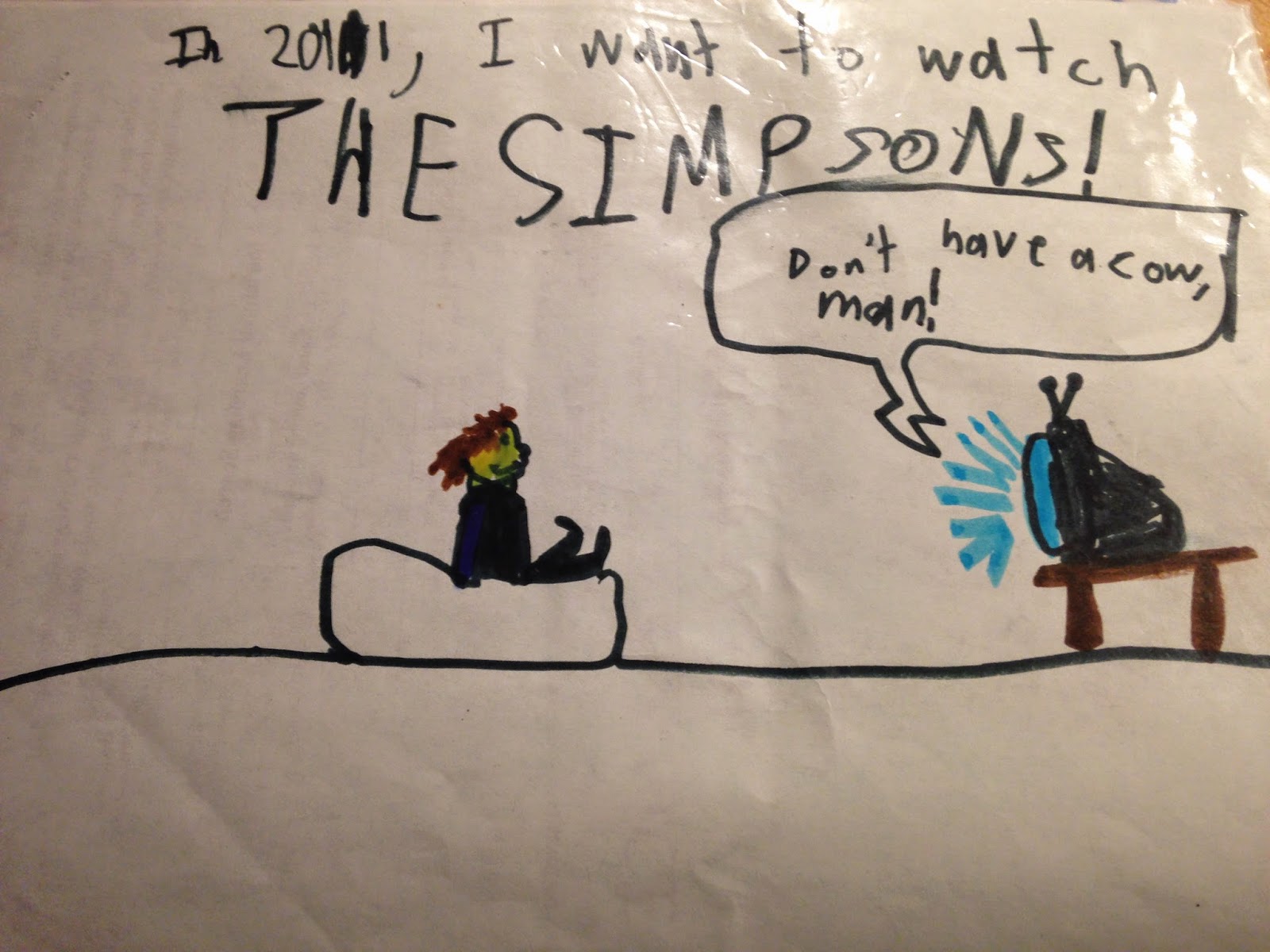 3. Who really likes sports? (Not to mention hanging with Daddy.) 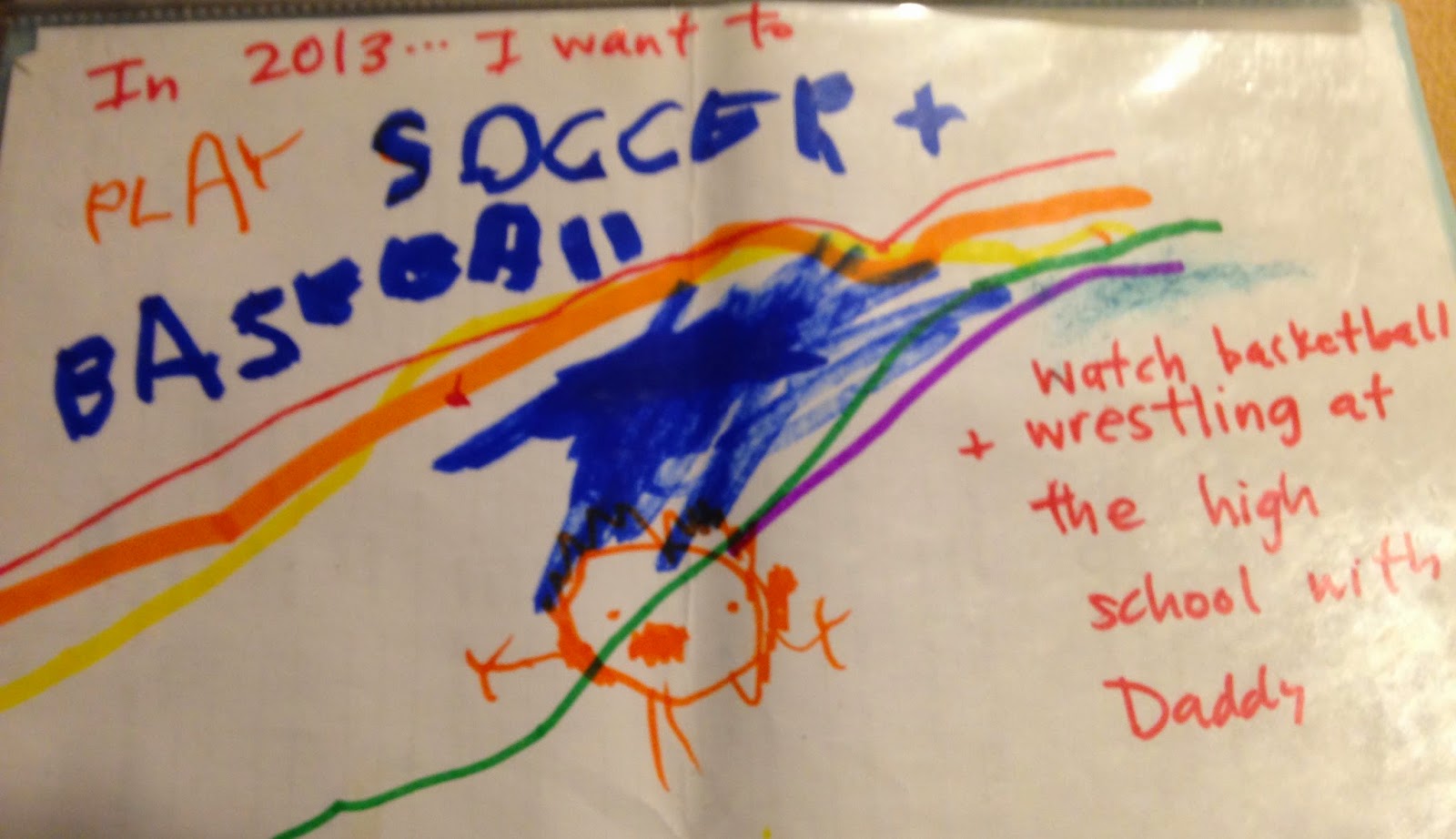 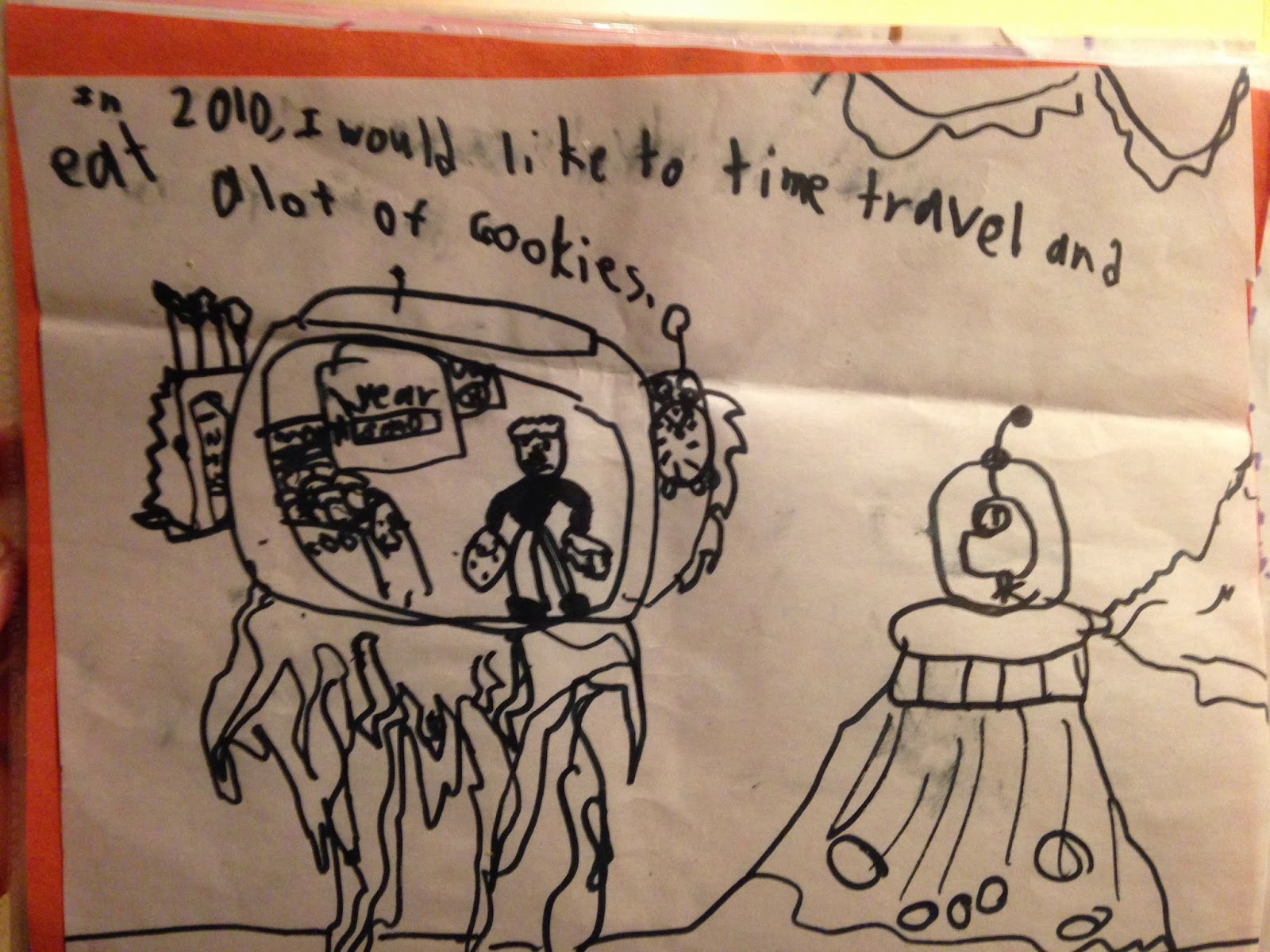 5. On the back of someone else's resolution, this little mysterious note: 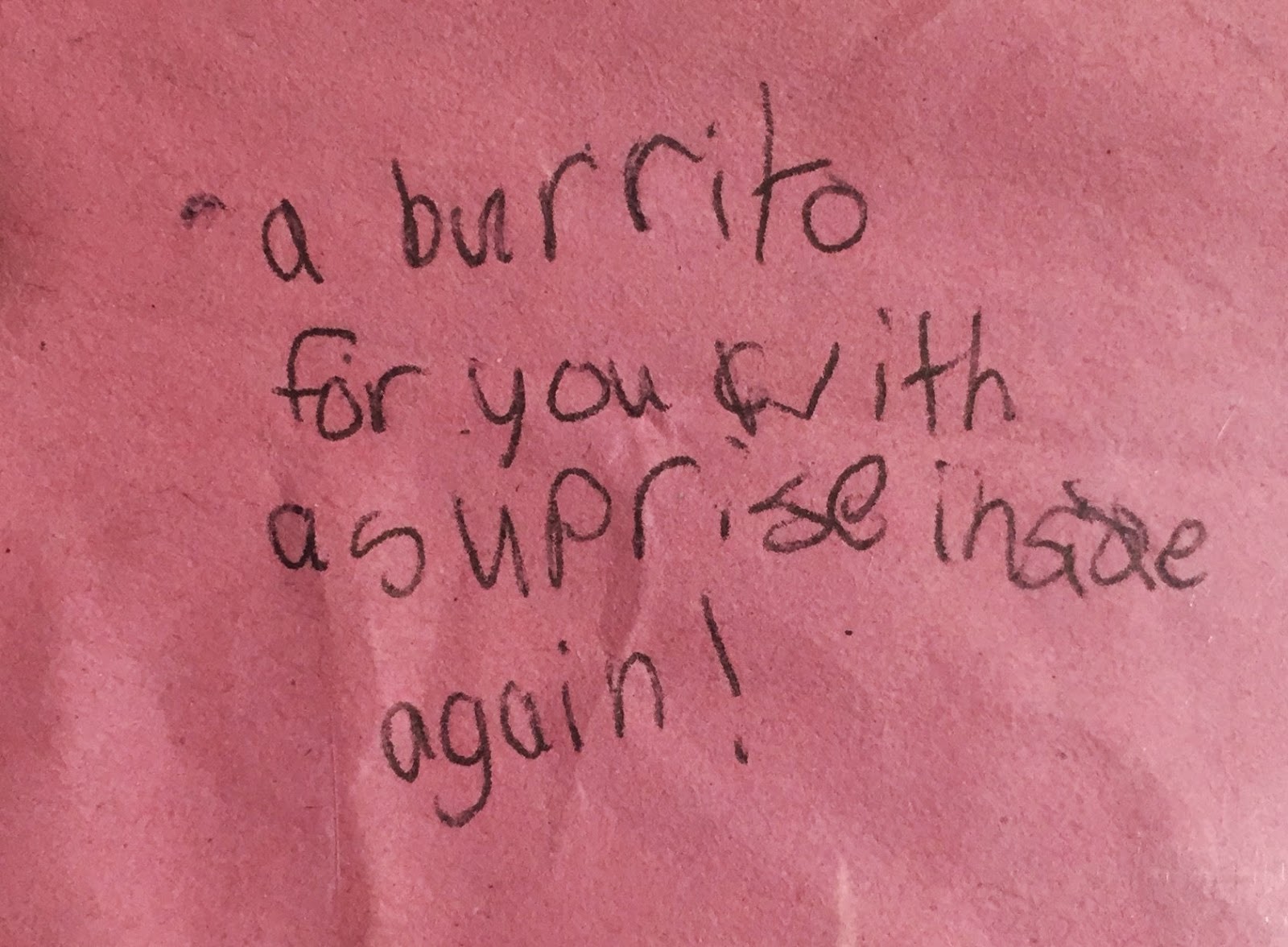